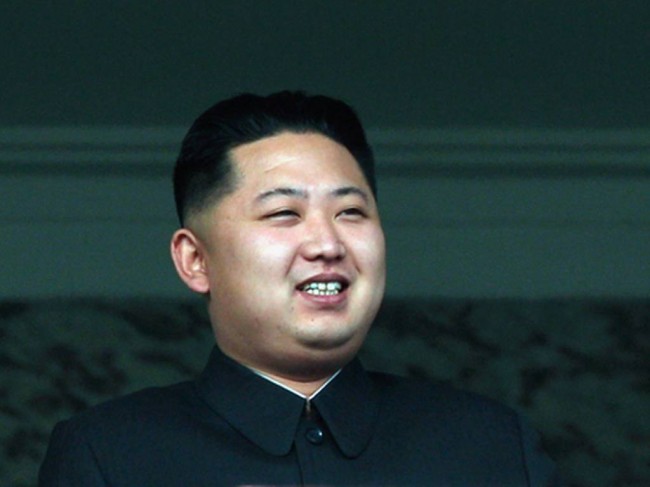 Rumors and controversy continue to surround the mysterious absence of North Korean Dictator Kim Jong-un after he failed to appear at an important anniversary ceremony. There was no sign of the infamous figure at the 69th anniversary of the founding of the Worker’s Party of Korea, during which the young ruler also traditionally marks the passing of Kim Jong-Il and Kim Il-Sung, both former North Korean dictators.

Since he stepped into power in 2011 after the death of his father, Kim Jong-un has marked each anniversary with a visit to the Kumsusan mausoleum in Pyongyang with his top military and party officials in tow. The Kumsusan Palace of the Sun is one of the country’s most sacred sites and the ruler’s annual visit represents an important leadership ritual, where Kim is expected to pay tribute to the mummified bodies of his father and grandfather, both former rulers of North Korea.

However, on Friday the state-operated Korean Central News Agency made no mention of Kim Jong-un among the high-ranking state officials and military personal that were present at the mausoleum. Instead the only hint of the dictator’s presence was a basket of flowers that was placed before the statues of Kim’s father and grandfather. The highest-ranking official to attend the ceremony was Hwang Pyong So, the nation’s second most important figure.

This latest absence has served to add further fuel to the fire of the North Korean leader’s mysterious disappearance from the public spotlight. Not seen since he attended a concert with his wife on September third, Kim Jong-un has been missing from the public eye for nearly 40 days. This behavior is widely regarded as unusual for Kim, who has not made less than 11 public appearances a month since the beginning of 2013.

After missing such a crucial anniversary ceremony, rumors and allegations continue to spread concerning Kim Jong-un’s health and the present state of North Korea during his absence. Evidence has led some to believe that the young dictator is suffering from increased weight gain and a deterioration in health. The same news agency that reported Kim’s absence from the Worker’s Party anniversary also allegedly reported last month that he had been feeling unwell. In a move controversial to North Korean media, which is closely censored, the dictator was shown on national television while limping.

Another possible speculation is that Kim Jong-un has been overthrown, or at least has temporarily stepped back from power, and that North Korea now lies in the hands of his younger sister, Kim Yo Jong. The youngest of the family, Kim Yo Jong allegedly attended school with her brother in Switzerland and since returning to North Korea has taken up several roles of responsibility within the ruling Worker’s Party. According to reports, Kim Yo Jong had already begun to emerge into the public eye earlier this year, making appearances at party functions, and has recently been recognized as the Worker’s Party deputy director, placing her in an ideal position to step into power.

As always, the reasons behind Kim Jong-un’s absence at the Worker’s Party anniversary and the truthful nature of events within North Korea’s borders cannot easily be verified. Officially titled the Democratic People’s Republic of Korea, the country is nonetheless widely considered totalitarian and has remained mysteriously censored from external eyes for decades.