By Gregory Baskin on November 3, 20143 Comments 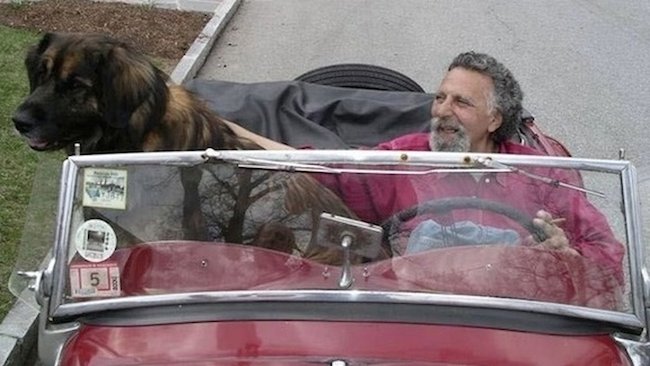 The world of entertainment took another hit today with the death of one of radio’s most popular personalities, Tom Magliozzi. The big-hearted nearly 35-year co-host of National Public Radio’s (NPR) Car Talk died from complications related to Alzheimer’s disease. He was 77.

Thomas Louis Magliozzi’s immediately recognizable voice – and that of his co-host and brother, Ray – soothed the ears of weekend NPR listeners for decades, using Car Talk’s automotive repair advice as an excuse to spread their infectious laughter. Always in good fun, Tom and Ray ritually ended their show with a reminder in their unmistakable Boston accents that “You’ve done it again; you’ve wasted another perfectly good hour.” The good humor and humanity expressed by the Magliozzi brothers continue to make episodes replayed on NPR member radio stations popular.

NPR’s Susan Stamberg said Tom Magliozzi was “as warm in real life as he was on the radio” and “… a man who could make everyone who heard or met him smile.” One remembrance tweeted today came from @JusticeWithJean: “When #CarTalk hosted a Brothers Gala in Boston & Tom and Ray’s entrance on stage was in a fancy limo–pulled by a tow truck.”

Tom Magliozzi was even a philosopher, once stating on Car Talk that “Happiness equals reality minus expectations.” Known collectively and playfully as “Click and Clack, the Tappet Brothers,” Peabody Award-winners Tom and Ray and their listeners heard callers to the show demonstrate sounds of their sick vehicles, prompting the Magliozzis to make hilarious attempts at identifying the possible automotive malfunctions. But when they didn’t have clear answers for their advise-seekers, they often speculated with answers “unencumbered by the thought process.”

In a statement, brother Ray said that Tom “… lived the life he wanted to live … primarily laughing his ass off.” Car Talk executive producer Doug Berman said the news was “very difficult to receive.” Even before Berman met Tom Magliozzi he heard his bellowing laugh in the halls of Boston’s WBUR. He Magliozzi as “magnetic” as “people would sort of gather around him.”

Here And Now host Robin Young tweeted that today is “the saddest day ever.” NPR journalist Andrea Mitchell tweeted that Tom Magliozzi “made me laugh even tho I know nothing about cars!”

The brothers and future Car Talk personalities came of age in East Cambridge, Mass., a tough neighborhood. Despite their “average, chummy guy” on-air affect, both graduated from the prestigious Massachusetts Institute of Technology. Tom set out on a conventional path after graduating and started work as an engineer. But his life changed after a nearly fatal collision with a tractor-trailer. He pulled to the side of the road and knew he had to take his life in a different direction. After quitting his job he then “became a bum,” he said. “I spent two years sitting in Harvard Square drinking coffee.” It was during this “bum” phase that Magliozzi met his wife and invented the do-it-yourself auto repair shop, which he and his brother named Hackers Heaven. Beyond that, he worked as a college professor and obtained a doctoral degree in marketing.

Combining silliness, expertise and passion, Car Talk and its hosts became a huge success when it went national on NPR in 1987. Berman said the reason people listened – and continue listening – is not the resident automotive expertise but, perhaps obviously, because of the brothers’ personalities. Saluting the brother’s penchant to play words into multiple meanings, @russell_julie today tweeted “Dewey, Missim, and Howe.”