Fire at Wegmans Store in Ithaca Results in Evacuation 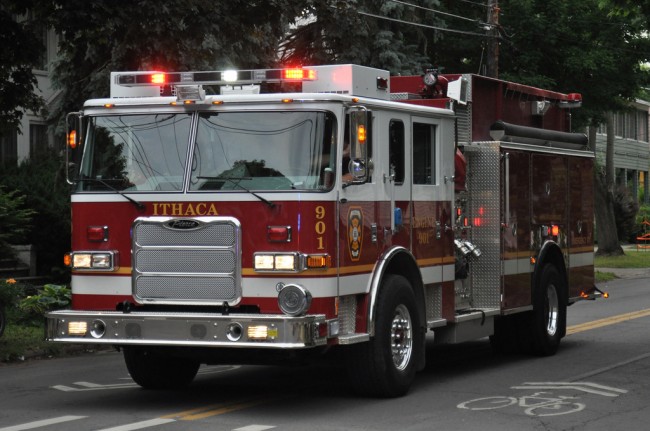 A fire broke out at a Wegmans in Ithaca, New York on Friday resulting in an evacuation of the Meadow Street store. According to local investigators, the cause of the fire was a heating unit that malfunctioned. It was located in the entryway of the store.

Shortly after 6:00 p.m., firemen responded to a call and went to the Wegmans store, where they found the source of the blaze to be the faulty infrared gas heating unit. They could see flames coming from the device, which was in the ceiling of the store close to the main entrance.

The incident at the Wegmans that caused the evacuation only shut down the store for around a half an hour while crews put out the blaze and investigated what caused the heating device to malfunction. According to a spokesperson from the store, the faulty heater will not be turned on again until on Monday. That is when parts needed to repair the heating unit will be obtained and repairs can be made. Fortunately, the fire did not result in any injuries.