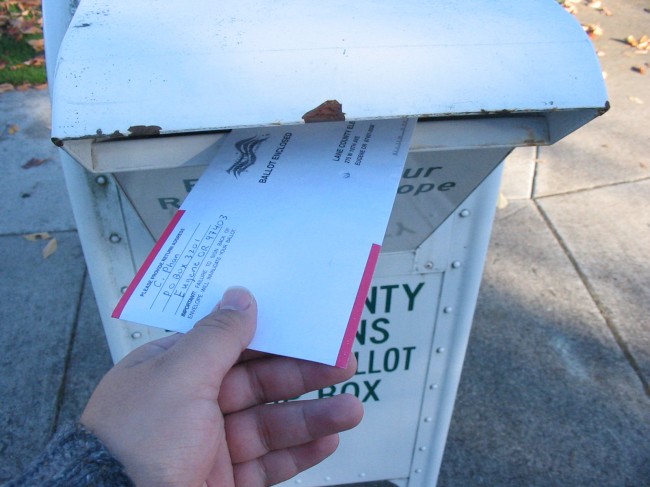 In this most recent midterm election, citizens hailing from China, Vietnam, Korea, India, the Philippines, Thailand, and more, participated in the growing swing of the Asian American electorate voting Republican. Members of both parties are trying to pinpoint what is causing a possible change towards the traditionally more socially and fiscally conservative party and away from the more racially and ethnically diverse Democratic party.

Republicans are courting Asian American voters in an effort to move the dial to the right. It seems to be working. This expansive and diverse immigrant population is critical to the GOP’s efforts to rebuild its party. The Asian American voter is seen as a “margin of victory,” especially in more challenging races. 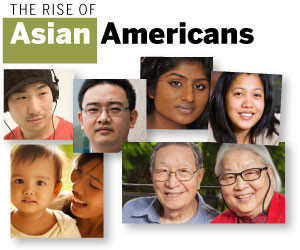 In the midterm election, 49 percent of Asian Americans who participated in exit polls supported Republican candidates. The number doubled since Mitt Romney’s unsuccessful 2012 run for the presidency.

The outreach was done as an effort to sway the midterm elections. This is just a “dry run,” however for the 2016 presidential race. The Republican party vows to extend its reach beyond its traditional voters, who are largely white.

The candidates greet audiences and send out election mailers in multiple Asian languages. They have brought on Asian community leaders to help them with campaigning efforts, while saying that they commit to increase opportunities broadly to all citizens. They sometimes hold well-funded events at Asian restaurants in Korean, Chinese, Vietnamese, Filipino and Indian communities, to interest prospective voters.

Some candidates are well-versed in geopolitical issues that affect Asians. In other cases, the candidates have not “done their homework” on issues important to Asian voters, such as policy issues regarding their homelands. Asian American voters sometimes question why elected officials only seem to show up just prior to an election. 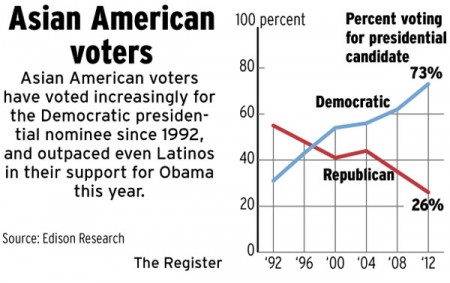 Asian Americans cite the lack of visible Asian Republicans and policies on immigration as reasons for avoiding the party. Asian American vote for Democrats contributed to a landslide victory in the 2008 and 2012 presidential elections for Obama.

In the recent midterm election, however, the pendulum has begun to shift back. One reason is the fiscal focus of the Republican party. Asian Americans, though diverse as a group, are champions of small business. They are stronger financially and in terms of education than any other racial segment in the United States.

Focuses of this fastest-growing minority population include hard work, career success, marriage, and parenthood, in addition to an interest in increased services from big government. All of this suggests a shift back to greater Republican engagement beginning with this recent midterm election.

One of the strongest reasons cited in recent polls as why Asian Americans are voting Republican is the importance of foreign policy and public perception of President Obama’s struggles in this area. Another reason is the Republican dedicated effort to attract the Asian American population.

In key races in Colorado and Virginia, the Republic National Committee (RNC) made this group a focus. In Virginia, Asian Americans have become much more significant than in prior years, making up one-twentieth of the population. This is an increase of 68 percent from ten years ago.

In California and other states, Asian Americans were an important component of targeted congressional races this past midterm election. It still remains to be seen what the result of Republican efforts will be and if the Asian American vote will continue in its swing to the right for the 2016 presidential election.