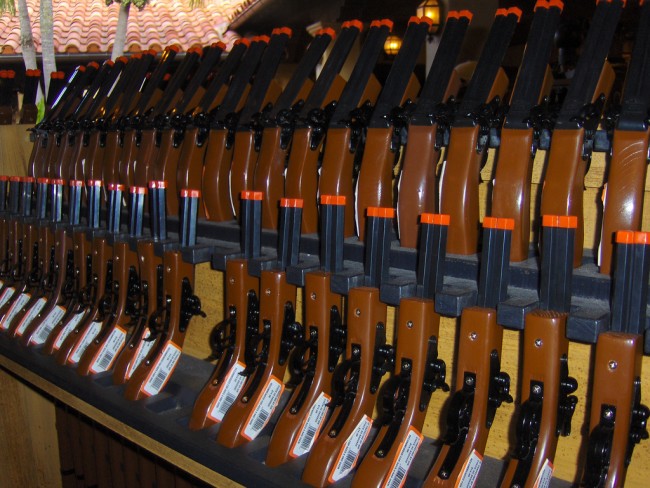 In southwestern Indiana, a man, Justin H. Harris of Poseyville, 29, who police say attempted to rob a gas station with a toy gun ended up crashing his car and getting arrested, according to a story originally broken by the Evansville Courier & Press. Though the gun the man allegedly used was a a toy, the car was real and so was the ditch he crashed the car into.

Justin M. Harris is currently in the Gibson County Jail. The preliminary charges include operating a vehicle while intoxicated and robbery, but further charges might follow.

After police found his car in a ditch, according to deputies, Harris was arrested early on Tuesday. The arrest occurred close to the town of Branch. That town is about 20 miles to the north of Evansville, Indiana.

According to the arresting officers, they also found in the vehicle the toy gun used in the attempted robbery. According to local investigators, they believe Harris was drinking before he allegedly attempted to rob the gas station and then crashed the car he was driving.

The Evansville Courier & Press originally broke this story about a man who tried to rob a gas station in Indiana using a toy gun but then crashing his car into a ditch. It was then reported today by WTHR.com.