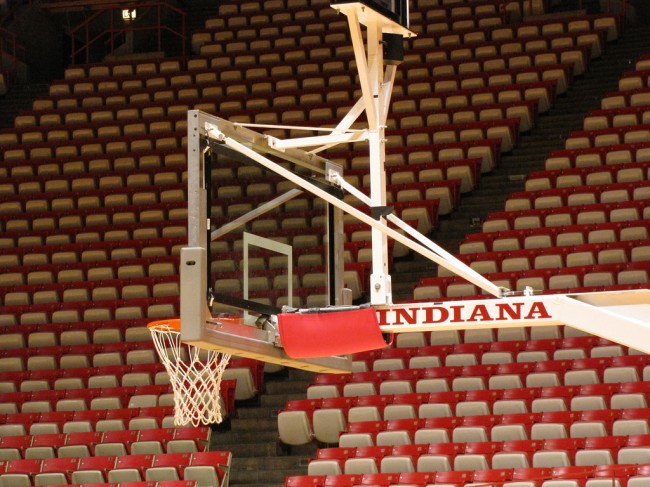 Emmitt Holt, a freshman player on the Indiana University basketball team was issued a citation fork underage drinking after hitting teammate, Devin Davis with his vehicle. According to a statement by police, Holt and some other passengers had just finished dropping Davis off in a parking lot on the campus. The statement indicated that when Holt pulled away, Davis unexpectedly stepped into the roadway in front of the SUV that Holt was driving and was struck, leaving him with a head injury. He was found unconscious on the ground after impacting the side of the vehicle by the windshield. The incident took place by Memorial Stadium at around 12:45 am local time on Saturday morning.

J.D. Campbell, Indiana University Senior Assistant Athletic Director, issued a statement saying that Davis was in serious condition after sustaining his injuries, but a spokeswoman for Bloomington Hospital said that she had no information at all about Davis to report. Sgt. Jeffery Canada of the Bloomington police department was unable to give any information out about Davis when asked if the 19-year-old was tested at the hospital to determine if he was drinking as well at the time of the incident and if that had anything to do with his suddenly moving into the path of the vehicle. He did indicate, however, that the investigation into the incident was still continuing. More information is expected as the details of the accident are uncovered.

Holt was given citations for underage drinking and operating a vehicle while his blood alcohol levels were above the legal limit of 0.02. According to the Indiana University release, Hold had a level of 0.025 when he hit his teammate. Team coach Tom Crean, in that statement, also expressed his support for the family of Davis, saying they were in his thoughts. He said that he was confident that the “Hoosier family” would be able to unite in support of both young men, and that he would support them both in every possible way.

This is not the first incident of underage drinking associated with the Indiana basketball team. Just over a month ago, two players went into a pre-trial diversions program for charges of underage alcohol possession and having fake identifications in an incident in April. There has not been, however, any long-term pattern of problems like this with the Indiana basketball team of the type publicized on some other campuses. It has not been announced what manner of punishment, if any, the young men will receive from the school in addition to the police citations.

While Davis’ condition has been reported as serious, no indications have been given that his injury presents any permanent damage. The Indiana University community is hoping that he will recover well enough to play in the opening game of the season on November 14, when they face off against Mississippi Valley State. Once all of the information about the accident is gathered by police, more specifics should become available beyond the statements released by the school.

One Response to "Indiana Player Hits Teammate After Underage Drinking"