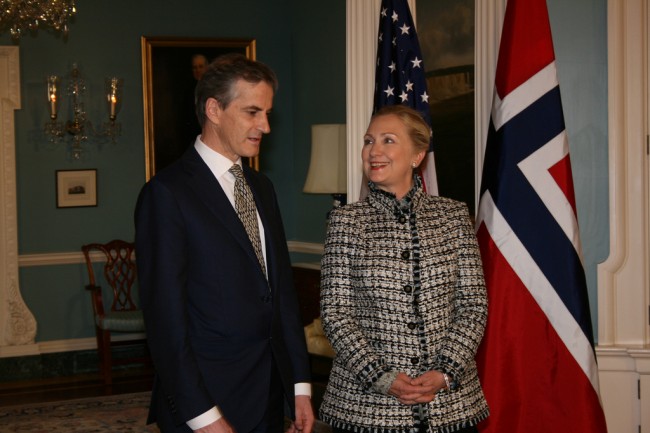 The Republican Party may well be celebrating over the prospect of Hillary Rodham Clinton as the Democrats’ candidate for President in 2016. The last couple decades of her political career has been tumultuous, and while the support for a presidential run may be strong, Clinton has a lot to overcome when it comes to running a campaign. From a public relations perspective, nominating her means accepting the fact that the opposition will have a virtual glut of fodder for the inevitable character assassination process that will soon be heating up. The accepted campaign truism that perception is everything could work against a Clinton campaign, as decades of public drama, all on camera, will provide plenty of material for Republican Party strategists to use to remind voters of moments the Democrats would rather stay faded from memory.

While it may be early to celebrate, the Republican Party cannot help but see the potential benefits to having an opponent who has provided so many photo opportunities over the years which might prove useful in their campaign. During her tenure as Secretary of State alone, serving in the Obama cabinet, every mis-worded comment or mistake made is on film somewhere just waiting to be used for advertisements. From a visual perspective, there is the benefit of these images being often in the White House or at minimum in venues where the Presidential Seal is prominently displayed. Just the Benghazi debacle by itself could provide a slew of unflattering images. Any competent Republican Party marketing strategist will be able to use the image of Clinton making mistakes in those settings to suggest a preview of what might happen if she were to be elected President.It may not even be an effort wholly coming from the Republican Party either. By the time the primaries and convention are through, it is almost certain that Democratic candidates running against here will have begun the process before she even has to face an opponent from another party.

In truth, this has already started to an extent. Hillary Clinton continues to be plagued by comparisons being made between Elizabeth Warren and herself, even though Warren continues to assert that she is not going to run. In these comparisons, images of Clinton speaking to hostile crowds or fumbling for a response are juxtaposed with Warren giving animated speeches in a polished and dynamic style. Whether or not she runs is virtually immaterial. Just the ever-present image of another viable potential candidate with a favorable image and far less political baggage is enough to begin to undermine a Clinton campaign. The Republican Party does not even need to lift a finger.

Given her position in the cabinet, Clinton may find it difficult to distance herself from Obama for this campaign. Worse still may be the challenge of finding a way to escape the visual history of her with her husband. There is plenty of inconsistency enough in her own voting record, from same-sex marriage to medical cannabis, to provide campaign ads of her contradicting her own positions. With the opportunity to add to that any of the footage of her beside Bill Clinton during the era of Whitewater, or gays in the military, and the Republican Party strategists will be drooling with anticipation. This all simply in the realm of images, before even any discussion of actual issues and the things that make her a viable candidate, and for an official campaign.

In 2016, the visual component of campaigning will be magnified even more than in previous elections by the internet. Even the Obama campaign did not see the state of visual media that exists with the technology of today. The connectivity leap from social media platforms since then is significant, and where information travelled quickly then, it is now nearly instantaneous. Images and videos do not even need to be part of any organized campaign to have an impact. A few people releasing unfortunate videos and images on YouTube or Twitter and what might have been a minor inconvenience in years past could reach a viral audience with little reaction time available.

This is not strictly a unilateral problem. Every ill-considered soundbite made by Republican Party candidates will be fuel for the world-wide publicity engine, but Hillary Clinton arguably has a head start on generating them. Before even needing to decide on platform priorities or even choose a candidate, the Republican Party may have cause to celebrate solely based on the potential “look” of a Clinton candidacy.

One Response to "Republican Party Might Celebrate Hillary Clinton Candidacy"