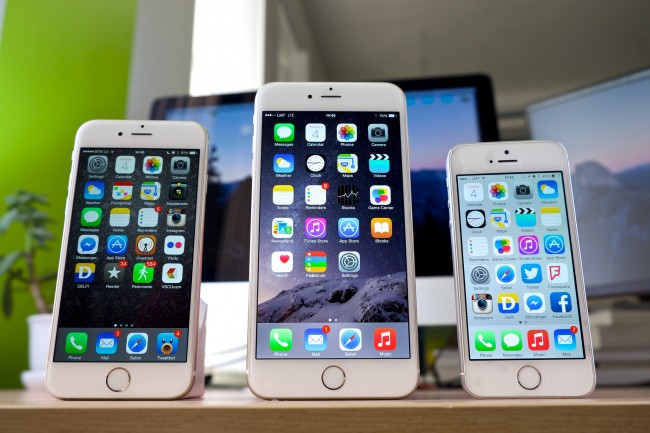 Rumor is, there are small hands that have a problem holding the new Apple iPhone 6 and find it impossible to hold the iPhone 6 Plus, so the Cupertino, California based smartphone company may be about to release the iPhone 6s mini. The s in the name will not stand for small, but is a standard moniker that Apple uses. However, users should realize that with small hands, a small phone from Apple would not have small features.

PC Magazine has reported that Apple is bringing back a 4-inch screen iPhone (think iPhone 5S) sometime next year. The thought is that it will be called the iPhone 6s Mini, taking on the same moniker as the company’s smallest computer, the Mac Mini and the small iPad, the iPad Mini.

Business Insider has indicated that Apple may actually release three new phones in 2015. It is normal for the smartphone maker to release an upgraded version of the latest offering before the next generation. First it was the 3G being upgraded to the 3Gs, then the iPhone 4 was replaced with the 4s and the 5 was ousted with the 5s. So, it is expected that there would be the iPhone 6s and 6s Plus, but now the idea of a smaller iPhone 6s Mini have people intrigued.

Not only would the phone be smaller, but it would also be cheaper. The indication is that the phone would be made with less expensive components than the full size and extra large 6 series phones. Some reviewers said that the 4-inch screen of the 5s, and the 5 it replaced was perfect for ones hand, the company may be looking to really make a grab for even more of the smartphone market.

Beyond the idea behind a smaller iPhone, Apple Insider is reporting that Cowen and Company analyst Timothy Arcuri has indicated that a larger iPad may be in the works. There has been speculation that there is a larger “Plus” iPad coming out, however, no one has seen the jumbo device yet. Arcuri believes that Apple could realistically sell as many as 20 million units of the iPad Plus.

Currently, many iPhone service providers are still carrying and selling the iPhone 5s. As the world gets closer to a potential iPhone 6s Mini release, they should keep an eye on the availability of the 5s models. If they suddenly disappear, it could be a clear indication that a smaller version of the iPhone 6 is on the way.

The thought is that the specs of the iPhone 6s Mini would be similar to the 5s. It would likely have the same design changes from the 5 series that the 6 introduced, like the curved edges of the screen.

However, this is just all rumors about Apple releasing a mini iPhone when the 6s series comes out. Arcuri, like many analysts, does not always get their guesses on what Apple will do correct. While Arcuri did correctly predict that the iPhone 6 would have a bigger screen, he incorrectly predicted that the iPhone 6 Plus would have a more powerful processor than the smaller 6 model.

One Response to "Apple to Release iPhone 6s Mini Rumors"