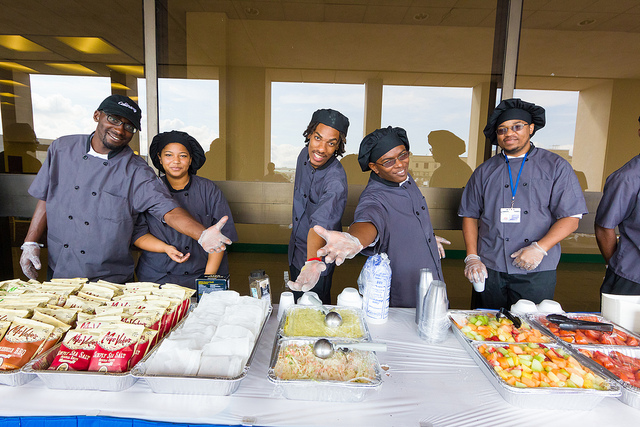 Giving Tuesday is a breath of philanthropic air, standing in counterpoint to the commercialism of the post-Thanksgiving sales on Black Friday and Cyber Monday. A Y community center in New York City started the new tradition in 2012 to give back to the community through increased outreach and to support nonprofit organizations with additional fundraising. Hashtag #GivingTuesday hit the Twitter trends for Dec. 2, 2014 as many humanitarian organizations sought ways to leverage the corporate power of all sectors of a community to revolutionize people’s patterns of thought, speech and action about getting involved in giving, whether monetarily or through volunteer hours.

After the post-Thanksgiving commercial buying frenzy, Giving Tuesday encourages people to donate time and money to non-profits and causes that match their interests. For Goodness Shakes, an app developed by North Austin tech developers at Blackbaud, will help people find the non-profit that best matches their passions, whether that be education, food and clothing distribution, medical missions, artistic endeavors, health research, youth outreach, animals, the environment or other causes. Other altruistic projects inspired by the movement include a free philanthropy curriculum offered by the Nightingale-Bamford School and the matching donations provided by the Gates Foundation for [email protected]’s vaccination project through the UN Foundation. The spirit of philanthropy runs through all the efforts to “pay it forward” put forth on this day in counterpoint to the self-indulgence of Black Friday and Cyber Monday.

In the spirit of bringing the community together, the United Way (UW) sponsored a community tree lighting and gave away free books to kids, thanks to generous donations through local book drives in Austin, Texas. Other local agencies donated cookies, hot chocolate and the tree for the Giving Tuesday event. President of the local chapter of the UW, Debbie Bresette, wanted to bring the lights and holiday cheer to families who do not have the transportation to travel around town to see other light displays so they feel a connection to the community. The movement started with 2,500 partners in 2012 and this year grew to 20,000 partners, an unexpected rate of growth, according to the organizers.

Critics of Black Friday say that studies show that retailers are not actually making additional money in the season as a whole with their big, big deals, but only transferring sales from later in the season to the earlier day. In contrast, UN Foundation spokesperson, Aaron Sherinian contends that Giving Tuesday does actually increase the giving. People continue to give what they would normally give later in the season, even after responding to the call for more money to support the cause of choice so it is not simply moving money from one pot to the next.

The spirit of giving that pervades the day should not override common sense and basic safety rules about donating to an organization to ensure that the money ends up helping the cause for which the giver intended it. The course of prudence calls for contributors to thoroughly research each company soliciting donations, looking at both the financial picture and the management. People should not get carried away with the emotion of the moment on Giving Tuesday and fail to check for look-alike companies or let themselves be rushed into donating without considering their budget.  The Better Business Bureau and Guidestar will give consumers a lead on which charities have strong leadership running a clean and efficient financial operation that optimizes the percentage of each donation that actually goes to the needy population.

Sherinian advocates for family dialogue around the subject of charity and giving to teach children the mindset of generosity early on through active participation in a cause year-round, not just during the holiday season. A recurring gift, whether of time or money, is really what Giving Tuesday is trying to accomplish. The idea is to motivate as many people as possible to make the greatest impact for the charities by getting people in the mindset that this is not a once a year post-Thanksgiving “do-gooder” campaign but a lifestyle of helping others. It is unlikely that the movement will end the consumerism of the season. However, philanthropist Henry Timms, executive director of the New York Y’s community center, is confident that the Giving Tuesday counterpoint of community and compassion will be a bigger draw than the rampant commercialization of the season.