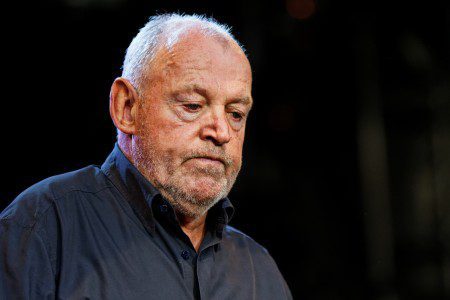 Joe Cocker, the English blues singer who rasped out his version of the Beatles song With a Little Help From My Friends and made the Lennon McCartney tune a hit for a whole new generation of fans, is dead at the age of 70. While Cocker reached the number one slot with his take on the classic in 1968, it was when ABC’s The Wonder Years used the Sheffield born performer’s rendition of the song as the theme tune for their show in 1988 that this Woodstock singer was brought to the attention of younger fans.

The Yorkshire Post reported that Joe died after a long battle with lung cancer. According to the British based publication, Cocker, who lived in the United States as a resident died in his Colorado home. The paper goes to note that the entertainer was born in Sheffield, in the Peak District, and that by 1961, just seven short years before that 1968 number one hit, was working two jobs. By day, Joe worked as a gas fitter, but at night, he started paying his dues as a singer, performing in the rough and hard to please northern pubs and working mens clubs something that other singers of his generation had to do in order to climb that professional ladder.

It is a testament to his prowess as an entertainer that the year after his hit with the Beatles tune, Cocker performed the number at the legendary Woodstock concert of 1969. As further proof of his talent and long career, Cocker was inducted into the Sheffield City Hall of Fame in 2007. Later on Queen Elizabeth bestowed the singer with the birthday honor of an OBE (Officer of the British Empire) for his services to music.

Sir Paul McCartney said of Joe Cocker that it was really sad to hear of the “northern lad” passing on. He went on to say that the English blues singer was a lovely singer whose music he loved. After the news that Cocker was dead at 70, Sir Paul also reveals that he had been “especially pleased” when the performer had decided to do his cover of With a Little Help From My Friends.

Edgar Berger, the chief executive of Sony Music International, the man who signed up the singer to the sony label, stated that for all Cocker’s legendary talent and fame as an artist, he was a most humble man. Crocker released 40 albums in his career and he won his first Grammy award in 1983 for the Jennifer Warnes duet Up where We Belong, from the film An Officer and a Gentleman. Berger stated that Cocker’s iconic voice would be forever “etched” in the minds of his millions of fans.

Joe Cocker, the English blues singer is reported to be dead at the age of 70. The performer is said to have passed away at his home in Colorado after a battle with lung cancer and he is survived by Pam, his wife, Victor his brother and Joe’s step-daughter and two grandkids. Another surviving Beatle, Ringo Starr paid tribute to the performer, and friend, whose gravelly voice has been silenced forever by saying “Goodbye and God bless Joe Cocker from one of friends.”

One Response to "Joe Cocker English Blues Singer Dead at 70"