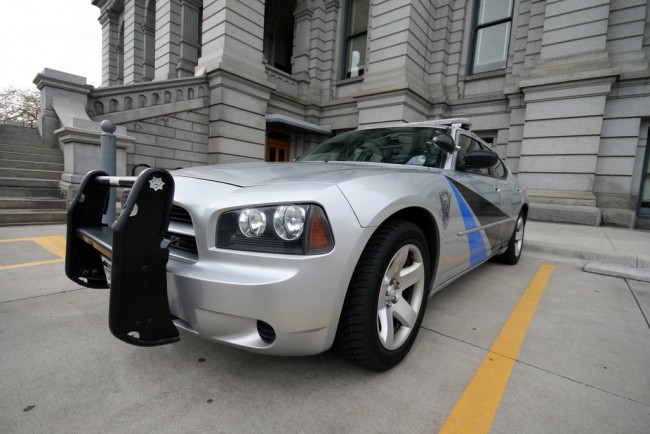 A 6-year-old girl, along with her three step-siblings are missing from Colorado after a judge awarded full custody of the girl to her father. The father says that his daughter has been taken by her mother along with her step-siblings and her mother’s husband. The girl’s father believes that the woman is headed to Minnesota with the children. A judge in Colorado has said that Eden Nunn, the 6-year-old, is in danger, after her mother abducted her daughter and ran.

Dayton Clevenger, the girl’s father, stated that his daughter likes games and to color, and once she begins to have fun, she will laugh and giggle. Clevenger said this to the media after his daughter was taken.

The father thought that after fighting for custody of his daughter, that he would finally be able to spend time with her, however, after the judge awarded him full temporary custody, he is still waiting to have his daughter Eden with him. Clevenger said that it is hard not knowing where his daughter is. He is trying to not think about how long he will be made to wait to see her again.

Clevenger’s daughter was taken by her mother, Brittany Nunn, who disappeared with her current husband and the three step-siblings of Eden, in late November. The family, along with Eden, disappeared from their home in Colorado and they are believed to be running north to Minnesota.

Eden’s grandmother, Dawn, said that there is a lot of frustration and tears over her missing granddaughter. Wanting her to be home, in a safe place is difficult since the girl is believed to be in danger. It is very difficult, especially this time of year to have a Colorado court award custody to a father, only to have her go missing. The return of Eden to her father would be the best Christmas present the family could hope for.

Clevenger said that there is a chance that Nunn could be hiding out with the children and her husband somewhere in Wyoming or Colorado. Nunn’s current husband used to own property in these areas, but since the mother of Eden is originally from Minnesota, he believes that his daughter may actually be in the Rochester or Pine Island areas of that state.

The family is reaching out for help from the public, asking for help in finding Dunn and little Eden. The family is afraid that time for the 6-year-old is running out. Over her entire life, Eden has never spent a birthday, Thanksgiving or Christmas with her father. Clevenger has presents for his daughter waiting to be unwrapped from her Nov. 25 birthday. However, the only present Clevenger is concerned about is getting his daughter home to spend Christmas, New Years and watch her grow up.

On a television news report, Clevenger hoped that his daughter would see him and know that he loves her. He said, “I do love you Eden and I hope you know and remember this and know that I love you,” He asked the public all over to help find his daughter so he can see her again. The family is also offering a $1000 reward for the return of Eden to Colorado and her father.

After the Colorado girl went missing following the court awarding custody to her father, she has been registered with both the National Center for Missing and Exploited Children and Missing Children Minnesota. While the whereabouts of Nunn and little Eden are unknown, or the exact nature of the danger that the 6-year-old is believed to be in, the public is urged to contact local law enforcement if they believe they have seen Nunn or her daughter Eden. There is currently a felony arrest warrant out for Brittany Nunn.