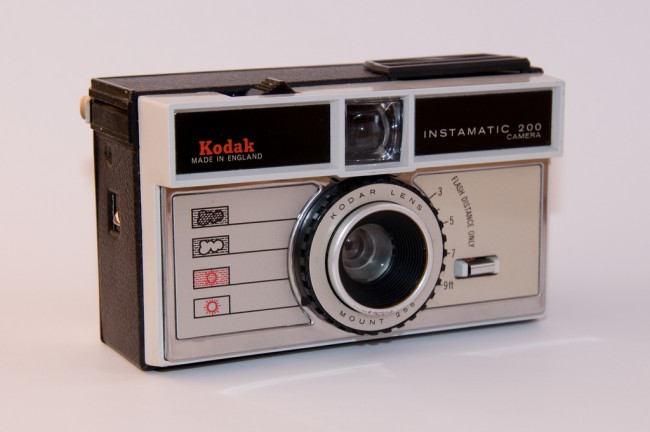 Kodak is coming back, but it will bring products beyond film back to shelves. The photographic film company used to make products ranging from aspirin, to film, to digital cameras, and is now solely focused on printing technology and equipment. The Eastman Kodak has always been an iconic name in the photography world. With the advent of digital cameras, Kodak’s bread and butter for so many decades, film, became a dying medium and the company had to go a different route, and that route was bankruptcy.

After filing for bankruptcy in 2012, the iconic photo company stopped making digital cameras. However, Edison, NJ based Sakar International released a line of cameras and accessories a year later, branded with the iconic name. But now, something new is going to hit the shelves in 2015 with the iconic yellow and red logo. According to Ronald Pace, a senior vice president with Seedonk Inc., anounced that a deal signed last year with the former photo giant will put the photo companies name on a new baby monitoring system.

The Kodak Baby Monitoring System is a perfected marriage between a product and the photo companies tagline for decades. Kodak Moments. Seedonk thought the moments captured with the baby monitoring system are those special moments that the company was destined for.

While Kodak is not coming back making the products, the company has moved into more of a licensing business mentality. The recent financial quarter, brand licensing, along with agreements for intellectual property, topped $51 million prion to expenses.

Pace indicated that bringing the photo company in was key to Seedonk creating a better product. He hopes to keep the two companies working together for years. And the former photographic giant is bringing more products with their name on it to shelves. DVD’s, BluRay disks, printing paper, and more. However, it appears that they just does not slap their name on whatever comes along. Kodak seems to work with many of the people who use their names to improve the product, maintaining a quality that they want to place their name on.

The photo giant’s website states that the former film and camera maker has refocused its commercial market structure as part of its two-year plan of restructuring. Infrastructure has been streamlined, made large cost reductions and have left business ventures that were not core to the company. This included spinning off the Consumer Imaging and Document Imaging business as Kodak Alaris, which is now under new ownership.

Now that they are financially strong and poised to grow, taking advantage of the digital market. While known for its photography history, Since the early 1900s, the former film producer has served numerous imaging needs of industries. The development of new photographic technologies, they delivered the first roll film, delivered the first electronic color separation scanner for preparing photos for printing, and was behind the first cameras NASA took to the moon. Ushering in the digital age to consumers, the film giant brought the first digital camera to the market.

Kodak coming back to the market is not really big news, since they have never really left. However, capturing the precious moments of a child on a baby monitoring camera system seems right up their ally. Once again, consumers will be able to capture a Kodak Moment.

One Response to "Kodak Coming Back"