By Stevenson Benoit on December 9, 20145 Comments 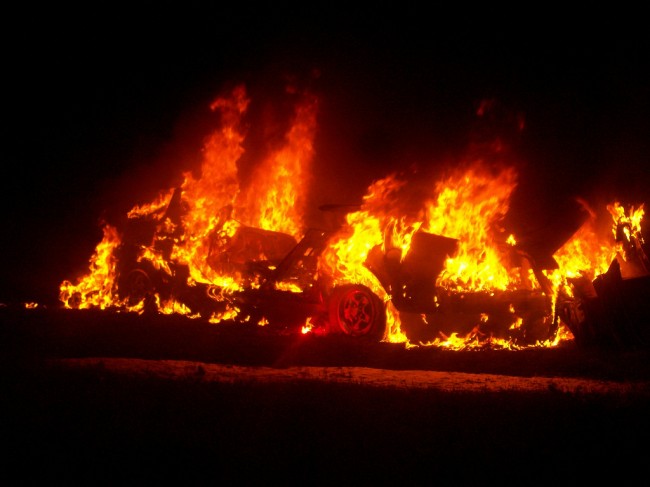 Local law enforcement, along with the Mississippi Bureau of Investigation is investigating the death of a Mississippi woman who was burned alive. Currently the Panola County Sheriff’s Office is accessing her phone records and looking for witnesses that may have seen who lit the teenager on fire. Saturday night, a passerby called authorities to report a burning car on Herron Road by Highway 51, outside of Courtland, Mississippi.

Jessica Chambers, the Mississippi woman burned alive, was found walking down the side of the road by the car when emergency services arrived. Reportedly the only part of her body that was not burned, were the bottoms of her feet. Ben Chambers, Jessica’s father, stated that when fire rescue arrived, she was ablaze on the road. Ben Chambers works for the Panola County Sheriff’s Office as a mechanic.

According to Chambers, his daughter attempted to inform the responders who committed the heinous act. Some news outlets have reported that she was unable to provide information as to her attacker or attackers, but according to WREG-TV she did provide authorities with some information before dying. First responders transported Jessica to Regional Medical Center where she later passed from her injuries.

Doctors stated the Mississippi woman was burned over 98 percent of her body. Doctors told the father that he would not be able to recognize his daughter. The Mississippi woman was drenched in a flammable liquid and then lit on fire. Lighter fluid was apparently squirted down her esophagus and up her nose as well the internal burning suggests. According to the doctors, the accelerant was poured before lighting the victim on fire. Jessica reportedly also suffered lacerations to the head per a big gash on her head. It is suspected her attacker tried to knock her out.

According to Lisa Chambers, Jessica’s mother, Jessica left the home to go wash the car and grab a bite to eat. She told her mother “bye” and “I love you” and that was the last time she was seen alive. Sheriff Deputies are currently looking for two suspects whom they believe were with her Saturday night.

Social media has garnered support for the family from friends and strangers under the hashtag #JusticeforJessica demanding answers. Jay Hale, Assistant District Attorney believes someone has information about the attack and is requesting their help. Investigators are trying to piece together who was with Chambers before she was murdered. Lisa Chambers pleaded for anyone with information, whether big or small, to call in the tip to investigators.

At this time no arrests have been made. Police have questioned several individuals and are still trying to figure out who the attackers are and the motivation behind the attack. Chambers’ car and other items that may have been useful evidence were charred black in the fire. A cell phone was located near the scene.

Authorities have not revealed what information Jessica provided before she died. Mississippi Bureau of Investigation has stepped in due to Jessica’s connection with the sheriff’s department. Family friend Louise Aaron stated that church members were equally shocked at what happened. Aaron knew Jessica since she was a little girl, she reported.

Investigators are asking if any information is known to please report it to Panola County Sheriff’s Office at (662)563-6230. Authorities do believe burning alive the Mississippi woman was an intentional act.