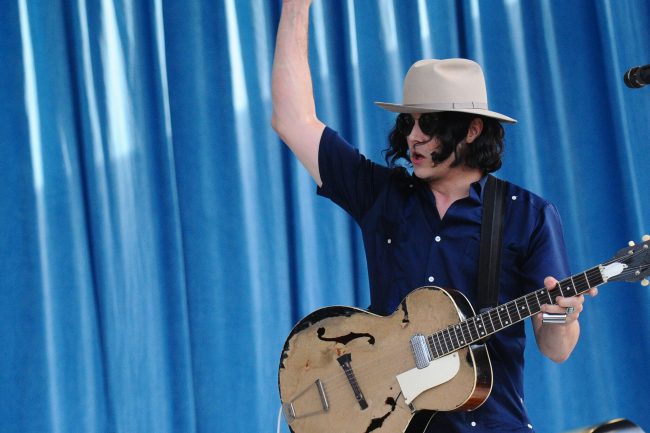 2014 was a remarkably exciting year for music, so as the ball drops into 2015, it is time to recount the best albums of year, 10 of which have been rated here. Obviously, any and all recounts of the best content of the year are entirely subjective, though most lists have brought the likes of Bruce Springsteen and U2 to the forefront of the yearly battle. In this list, however, ten less likely, but no less important pieces have been analyzed to create a truly original and authentic ranking of this year in music.

10. Bryan Ferry, Avonmore – Bryan Ferry slipped Avonmore in under the radar towards the end of the year, but it deserves a spot among the 10 best albums of 2014. The aging Roxy Music front man proved his longevity and musical importance with a record reminiscent of his best solo content. The album is packed with celebrity guests and a couple sweet covers, though it shines with new original songs such as Soldier of Fortune. For a man coming up on 70, Ferry still has every bit of the sexy and suave aura that catapulted him to star status in the early 1970’s.

9. Pixies, Indie Cindy – The return of the Pixies was long overdue with their last record having been released in 1991. Their return in 2014 was magnificent, certainly a return worthy of being ranked with the best albums of the year. Indie Cindy is hauntingly beautiful, re-imagining one of the greatest bands of the 90’s with poise and uniqueness. For some reason, the album was neglected heavily by mainstream media; Rolling Stone only supplied a paragraph review in the wake of the musical return. All it takes is one spin of Andro Queen or Greens and Blues to remind audiences of the feeling they had when they first encountered Doolittle in 1989.

8. Eric Clapton, The Breeze – The only fully collaborative effort on this list of the best albums of 2014, The Breeze was Eric Clapton’s elegant tribute to J.J Cale who passed away last year. The record called upon the likes of Willie Nelson, John Mayer, and Tom Petty among other icons to pay respect to the blues legend. Remarkably overshadowed in the scheme of the year, The Breeze is one of the most intriguing and creative records Clapton has signed his name to in the past decade. It employs the minimalistic style Cale was so famous for, all while providing an excellent introduction into his catalog. The creative decision to tackle deeper tracks is welcome, since a record offering new renditions of Wonderful Tonight or Cocaine could have felt contrived. 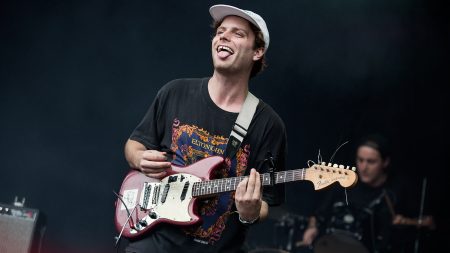 7. Mac DeMarco, Salad Days – Perhaps the most unusual pick for one of the best albums of the year, Canadian party boy Mac DeMarco’s Salad Days was one of the most refreshing musical offerings in a long while. The record was self-produced by DeMarco and recorded straight to tape, often with DeMarco’s cigarette smoke warping the tape to create some crazy vibes. He is one of the weirdest guys in the music industry, and he is currently auctioning off his shoes on eBay for charity, if fans feel compelled to own a pair of his road worn Vans. Salad Days feels like a mystifying mixture of Pet Sounds and an incredulous amount of pot. It has that low riding Californian style, best observed on the beach or in the car driving down Sunset Boulevard.

6. Tom Petty & The Heartbreakers, Hypnotic Eye – Tom Petty blew down the doors of 2014 with Hypnotic Eye, a critical success for his band that was four years in the making. Echoing early Heartbreakers material, Petty and his company of misfits designed one of the most compelling rock records of the decade, tackling social issues and the American dream head on. Acts that rose to prominence around the same time as Petty have struggled in recent years to remain relevant. Bands like Aerosmith and Journey have released miserable records in the new century. The Heartbreakers made one of the best albums of the year, however, rediscovering their roots with these stellar jams.

5. Neil Young, Storytone – This may very well be the only best-of list this year that includes Storytone among its best albums. Upon its release, Storytone was met with a very passive critical response, nobody hated it, but they were not inclined to preach from the mountaintop about it, either. It should be on the mountaintop. Neil Young’s Storytone is stunning, catapulting its way through a handful of complex musical styles and poetic visions. Young made one of the best albums of his modern career by attaching an orchestra to his poetry and wistful voice. It worked magnificently, and credit must be given where credit is due. The deluxe version of the album in particular may be even more appealing, as the orchestration is coupled with a second LP of the same content performed solo acoustically.

4. The Black Keys, Turn Blue – A few years back, The Black Keys exploded for the second time on the music scene with El Camino, their much-anticipated followup to Grammy-winning Brothers. Turn Blue should be ranked among the band’s best albums, certainly their strongest since Brothers. The Danger Mouse-led record feels experimental, funky, and retro. The synthesized instrumentals and driving guitar riffs power tracks like Fever and Gotta Get Away fiercely. Gotta Get Away may be the best rock track of the year.

3. Weezer, Everything Will Be Alright In The End – Hail the return of Rivers Cuomo and company. After a few critically confused records in the past few years, Weezer has put out one of their best albums ever. Everything Will Be Alright In The End is a perfect rock record, smothered with musical bliss and Cuomo’s beautifully awkward lyrics. This was the band that turned heads by looking like a Dungeons and Dragons basement club, and fortunately, Weezer still feels humble and a tad nerdy, even referencing Rosetta Stone at one point on the record. Weezer is still as blisteringly awesome as the day the Blue Album came out, and as emotionally driven as the days of Pinkerton. 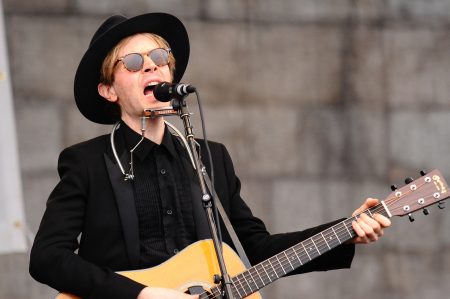 2. Beck, Morning Phase – This is the only entry in this list that will actually be nominated with the best albums of the year at the upcoming Grammy awards. It deserves the second spot on this list of best albums, so much so that it was an intense struggle to not award it the gold medal. Morning Phase returned to Beck’s atmospheric acoustic roots, acting as a companion to Sea Change, Beck’s universally beloved 2002 record. The songs are introspective and graceful, with tracks like Heart is a Drum reminding fans of Beck’s softer side. In 2002, critics compared Sea Change to Blood on the Tracks, Bob Dylan’s 1975 masterpiece. If that is the case, then 12 years later, Beck has put out his Desire. (Bob Dylan’s equally masterful 1976 record that represented a dramatic creative departure from Blood on the Tracks, but still resembling it with a similar foundation.)

1. Jack White, Lazaretto – Jack White may be the king of modern rock. Lazaretto, his second solo record, fully establishes that position and it is one of the best albums of the century thus far. Instrumentally and musically, it is one of the most complex and fascinating records in recent memory. White’s musical prowess is the centerpiece as he navigates through stark blues rock with pieces like Three Women, forceful arena instrumentals with the title track, and folk influence in songs like Entitlement and Just One Drink. The album should be enjoyed the correct way, however: on vinyl. White’s vinyl offering is incredibly different, hosting a series of hidden Easter eggs all over the record. As in, literally: the needle plays hidden tracks at different speeds in different grooves and plays backwards.

With a versatile and ever-changing musical scene, 2014 brought audiences some of the best albums of the decade four years into it. It introduced artists the likes of Mac DeMarco, paid tribute to lost legends, and made some new ones along the way. It crowned new kings of rock and roll, and broadened the definition of each musical genre as artists experimented further than they ever had before. Onto 2015, please.