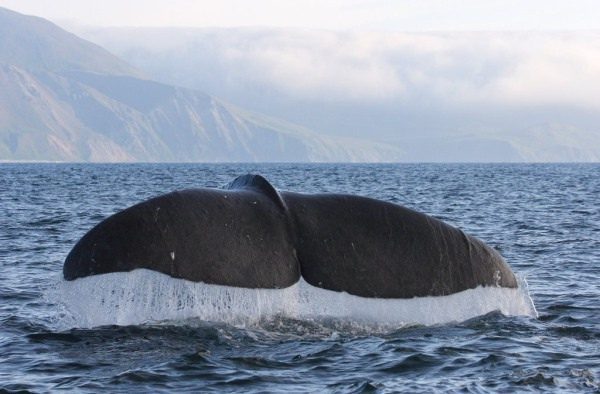 Baleen whales, some of the largest creatures in the world’s oceans, have now been found to transfer sound frequencies through their bones. Marine biologists, which primarily study mammals, have been perplexed in their attempt to understand how baleen whales detect sound. However, scientists have now discovered that these majestic mammals do hear very low frequencies, but not in a way that has been previously seen in these animals.

As mentioned before, understanding how baleen whales communicate with one another has baffled marine scientists for decades. Whales sing very complex and complicated songs to each other. Even though they can be heard, scientists have been unable to fully explain how whales receive sound energy through low frequencies and then filter it to their ear bones. They may have the answer to this mystery.

Also known as Mysticeti, baleen whales are some of the most massive animals inhabiting the Earth. The Mysticeti group includes grey whales, minke whales, fine whales, right whales and blue whales. Baleen whales are around 65 to 80 feet long, and have the capacity to vocalize at exceptionally low frequencies, which can traverse underwater for very long distances. These frequencies are so low that the wavelength of sound can be longer than the bodies of the whales sending them.

To better understand baleen whales and other types  of whale within that class, marine biologists observed the remnants of bones left from a young fin whale which had beached and later died in California not long ago. The researchers placed the skull of the whale in an X-ray machine and then utilized a CT scanner in order to get a much better look at the bone structure of the whale – most importantly, the ear canal structure. The scientists then used a method called “finite element” modeling. Finite element modeling is a technique used to break up the information that represents the skull and other cranial structures into millions of miniscule parts, recording their relationship to one another and assembly.

Afterwards, the researchers simulated an electronic sound wave passing through the computer-based skull of the young fin whale. The report then revealed the way in which each single fraction of the skull bone vibrated when responding to the sound frequencies.

Ted Cranford, one of the researchers leading this experiment, explained that bone conduction is probably the predominant apparatus of baleen and other similar whales for the hearing of sounds. Moreover, he stated that this is an absolutely grand discovery.

These findings unearth much more than what has been previously been known on how whales pick up sounds underwater. More importantly, stated Cranford, this will help guide legislation towards limiting man-made noise in the world’s oceans.

Cranford also stated that their contribution allows them to understand the irregular methods by which the Earth’s most massive animals hear. He said that this research has brought home one simple, yet beautiful, principle – the structure of the anatomic being is absolutely no accident. In conclusion, he said that the way in which baleen whales take in frequencies to communicate with one another through skeletal structure is an unanticipated, beautiful design.