Antarctica May Hold the Key to the Future 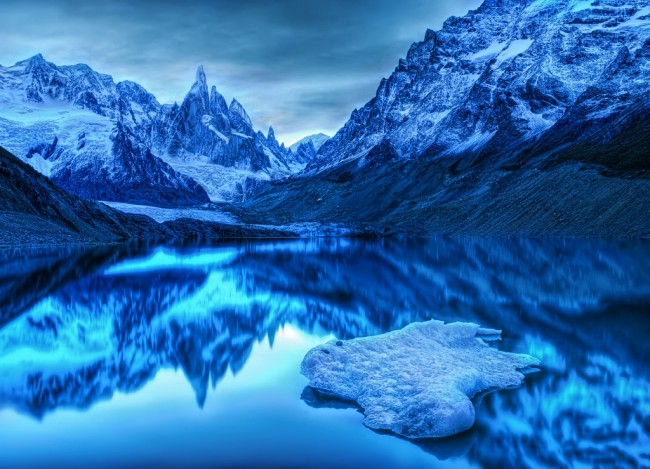 Antarctica, the mysterious, desolate continental freezer of the world, may hold the key to the future of humankind. The wilds of the frozen tundra have claimed the lives and riddled the minds of explorers for centuries. According to some scientists, Antarctica holds the answers to the most basic, yet insurmountable questions of life, locked inside the Earth’s southern ice cap: Where did we come from? What is the fate of humans in a world ruled by global warming?

Explorers first arrived in Antarctica 194 years ago searching for 19th century riches of animals furs, animal blubber, and whale and seal oil, leaving the snow red with blood. Since then, the frigid world has proven to be a mecca for the treasures scientists are attempting to unearth to determine everything from the creation of the heavens, to the rising seas brought on by global warming.

Last month, in the midst of the blizzard-ridden Antarctica summer, reporters followed scientists on their quest to find undiscovered flora and fauna, minute clues of ancient pollution buried deep in the ice, microscopic remnants of the Big Bang, new organic materials for the advancing life-saving medicine, and signs of potentially unstoppable glacier melting.

Although Antarctica’s vast white, snowy plateaus and quiet ridges emanate an inactive, lifeless expanse, the most remote continent is far from dormant. Around 98 percent of the continent is covered by ice, which is continuously in motion. Antarctica is an alien-like world that harbors waters in areas where the sea boils at 212 degrees Fahrenheit to where it freezes below 32 degrees Fahrenheit. The seasons in Antarctica are nothing like anywhere in most countries; the sun never sleeps in the never-ending summer days and it never shines during the winter months.

According to scientists, when they visit Antarctica, they always find something other than what they were originally searching for. Last summer, researchers descended upon the continent to find that the western side of Antarctica was melting faster than previously thought. Furthermore, scientists also found, under a half mile of ice, 6-inch-long, shrimp-like fish that were previously undiscovered.

Geologists are spellbound and staggered by the Antarctica’s mysteries. Richard Spikings, a geologist at the University of Geneva, embarked on a scientific expedition to collect ancient rock samples in the South Shetland area and the Antarctica Peninsula. According to those in the expedition party, a curious group of penguins watched from close proximity as Spikings slammed his hammer into large formations of diorite and black granite, jutting out of the southern ocean.
Spikings explained to fully understand the diversity of plants and animals, it is imperative to understand when the continents disassembled from Pangea, the single super land mass that made up Earth, hundreds of millions of years ago. Moreover, he said scientists are learning about the antiquities of the Earth and how the continents interacted with each other at different periods in time.

Since there is no industrial presence in Antarctica, the pollution trapped in the pristine ice is from toxic chemicals that traveled through the atmosphere, such as minute traces of lead found in the ice and snow from when unleaded gasoline powered cars. As well, scientists detected radiation levels from nuclear tests conducted above ground by both the United States and the Soviet Union, decades ago. The ice showed scientists how levels of atmospheric carbon dioxide have fluctuated over hundreds of thousands of years. It is also a dumping ground for ozone, from the destruction of it from aerosols and industrial refrigerants.

The mysteries of Antarctica and the keys to the future of humankind go deeper than just pockets of pollutants in the frozen lands of the continent. Since Antarctica is untouched by civilization, when a meteorite lands it is undisturbed, including one found nearly 20 years ago which led scientists to incorrectly believe life once existed on Mars.

During a recent trip to Antarctica, Peter Convey, an ecologist for the British Antarctic Survey, braved heavy rains and dangerous winds to collect samples of green and brown mosses that thrive in the volcanic islands of the black rock mountains. He was searching for genetic clues of how the species has evolved and survived this long in an almost uninhabitable land, considering its isolation from other continents. Convey believes this extreme environment could give scientists a better idea of how life could have once existed on Mars or even the possibility of life hidden below the oceans of solid ice on Europa, one of Jupiter’s moons.

Jose Retamales, the director of the Chilean Antarctic Institute, explained Antarctica is almost like another planet. Since the continent is unperturbed by modern society and industry, it gives scientists a great area to explore and discover the ancient clues that may give them the answers to the birth of the planet or the existence of life on other planets from prehistoric meteorite that may harbor capsules of fossilized microscopic organisms. The frozen land of Antarctica could also hold the key to whether to the future of humans by learning if the ice caps will melt, or by how much.

One Response to "Antarctica May Hold the Key to the Future"