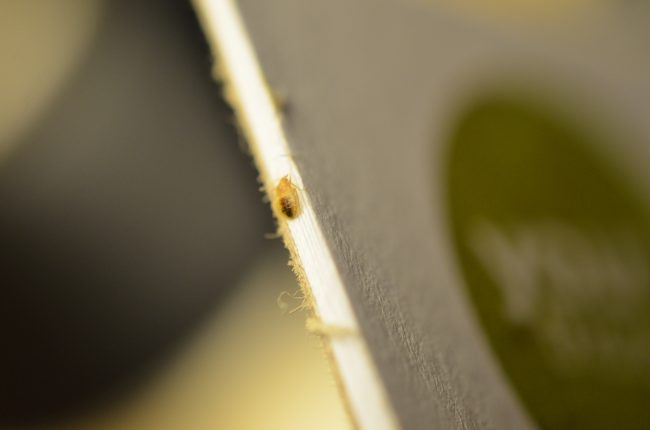 Bed bugs, also known by the scientific name Cimex lectularius, are blood-feeding parasites that are seen by many people as a nuisance. They are very small and might go undetected in homes until people find the skin rashes left by the C. lectularius bite. Understandably, most people want them exterminated from their homes. Despite the unwanted presence, a number of recent studies proves that bed bugs may actually help scientists learn more about evolution.

The C. lectularius population was lessened by the used of DDT around the 1940s, but now the parasites are making an incredible resurgence in the United States and in many other cities around the world. Why are they propagating so quickly? The bed bug populations have increased in part because the parasites have developed a resistance to pesticides. Scientists want to know more.

A researcher in the Department of Biological Sciences at the University of Tulsa named Warren Booth recently co-published a study on C. lectularius. He says, “For something that is so hated by so many people, it might just be a perfect model organism for evolutionary questions.”

The Booth Lab studied both the modern C. lectularius which cohabitate with humans and those which cohabitate with bats. Booth and his team looked at the genetic structure and the gene flow (the transfer of genes) in the bed bugs. Overall, what the Booth Lab and other researchers such as Dr. Toby Fountain at the University of Helsinki, have found is that the urban bed bugs that cohabitate with humans have limited genetic diversity due to inbreeding while the bed bugs that live with bats have more diversity in their genes. The researchers also discovered some physical differences in the two populations in terms of leg-length.

These findings could be useful for insight into evolution because all of this data confirms the suggestion that beg bugs began to branch off from their bat hosts during the era when humans lived in caves. When people started to build different structures and eventually towns and cities, they brought some of the C. lectularius with them. However, many human structures also invited bats to roost there as well. The bed bugs that feed on humans and the bed bugs that feed on bats may have frequently inhabited the same places. Nonetheless, they have not interbred.

Studies of the C. lectularius done by both Dr. Booth and Dr. Fountain, provide evidence that the population that lives with bats and the population that lives with humans are diverging. For any parasite, living with a new host requires it to adapt to different conditions. Because bats are largely nocturnal and humans are not, this is one shift in behavior the bed bugs had to make. Additionally, only the bed bugs that feed off of humans have a genetic variation which allows them to be resistant to pesticides.

Looking at the genes of a species such as the C. lectularius can tell research a great deal about how its population moves around the world. So, the data gathered by the bed bug studies might be useful for studies about evolution. Scientists assert that because the C. lectularius that live with humans are diverging from those which live with bats, the formation of a new species may occur in the near future.

One Response to "Bed Bugs and Evolution"