Death Penalty History and the Present for Massachusetts 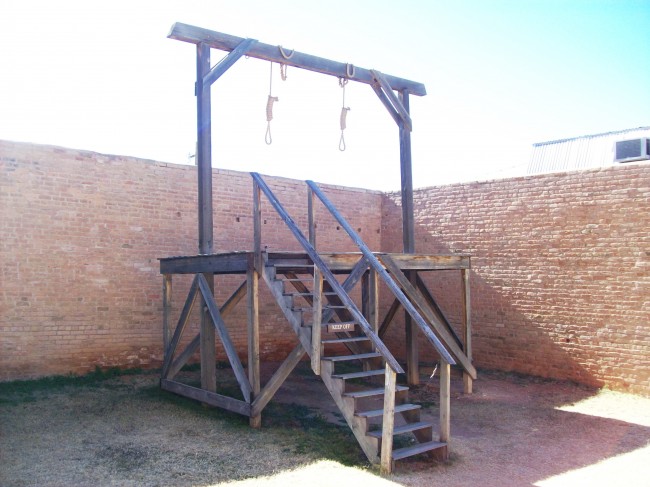 Massachusetts has dealt with witches, anarchists, Quakers, pirates and gangsters in high profile executions.  Massachusetts hanged 26 people for practicing witchcraft.  The death penalty was abolished in 1984. A Boston Globe poll from 2013 showed that one-third of Boston’s residents would favor the death penalty for Dzhokhar Tsarnaev.

The last time the death penalty was used in Boston, Massachusetts was in 1947. However, it was one of the first colonies to evoke capital punishment. John Billington was hanged for murder in 1630.  It was until 1951 that public execution was mandatory for first degree murder. Tsarnaev’s charges include the murder of an eight year old boy.

A reporter who witnessed the Boston executions of Bellino and Gerlson was mortified and changed his view of capital punishment. 50 years later, in 1997, Russ Dallaire reported the account to the Boston Herald. He said, “The body stiffened so hard he almost came out of the chair. And with each succeeding charge, the body jerked with lessening effect until there was none at all.” Dallaire also remembers the scent of burnt flesh.

Potential jurors have filled out a questionnaire, most against the death penalty. Those that made the cut then are questioned by Judge George O’Toole and if he approves the juror, the juror is then passed down to the attorneys for more questioning.  The question about the death penalty makes potential jurors squirm and some cry. It has taken 19 days so far, to go through juror prospects. However, Judge O’Toole is confident that a full jury with alternates will be impaneled at the beginning of next week. Opening statements and the first set of witnesses will be heard the week of March 2nd.

Some potential jurors have stated that until actually presented with a person’s life coming to a vote, concerning the death penalty they have no idea which way they would vote.  Other jurors quote the fifth Commandment, “Thou shalt not kill.”  Still others quote the Golden Rule, “Do unto others as you would have done unto you.” One juror prospect said she would not sentence someone to life in prison because she would not be able to tolerate it herself.

A former lawyer suggested that the trial would take three to four months and he wondered if the death penalty would be carried out. He referred to the governor in Illinois sparing those on death row and abolishing the death penalty back in 2011, and he hoped years from now the action would be seen as the right thing to do. No one wants to discover the innocent have been executed.

Tsarnaev is not the only one in Boston that could face the death penalty. The other case involves a man given a death sentence, after capital punishment was abolished in Massachusetts.  Gary Lee Sampson was given a death sentence in 2003 that has since been overturned. Sampson’s death penalty was revoked because it was determined that one of the jurors lied about being a victim of domestic violence, as well as her daughter’s drug use and criminal record.

Sampson was a bank robber in North Carolina and then went on a murder spree, July 2001 in Abington.  Sampson pleaded guilty to the stabbing murders of a 19-year-old college student and a 69-year-old man, claiming he wanted their cars.  His resentencing trial begins September 15th. It will take time to determine jurors so there will not be any cause for retrial in this case, as well as the Tsarnaev case.

Cameras will not be allowed in the Tsarnaev case. However, CNN’s Ann O’Neill will be there every day to give insight into the trial.

One Response to "Death Penalty History and the Present for Massachusetts"