Isis vs. the World 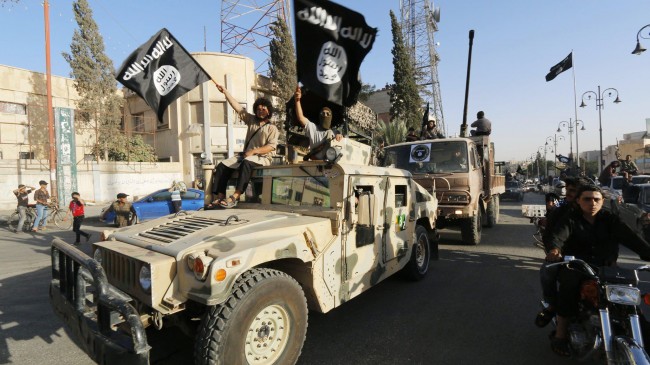 The actions of Isis have not only outraged President Obama and America, they’ve outraged the world.  Nations from France to Egypt have vowed to work together to subdue the group of Islamic extremists.

In fact, the coalition includes countries that are not allies under normal circumstances. What follows is a list of countries, big and small, besides the United States, that have Isis in their collective cross hairs. These countries have either conducted airstrikes against Isis or are actively working to in support of these strikes.

After capturing Muadh al Kasasbeh and burning him to death while he was in a cage, Jordan’s King Abdullah reported that he had asked pilots to volunteer to further the conflict against Isis. Every pilot raised his hand. When the video of the Kasasbeh killing was released, thousands of Jordanians took to the streets demanding revenge.

On February 15, Isis released a video depicting the beheading of 20 Egyptian Christians and one other man who was some other nationality, but also Christian. Egypt launched airstrikes, in retaliation, at Isis bases in Libya. These airstrikes were neither condoned nor denounced by the White House.

Bahrain stated that it was in it to support it’s long time ally Jordan. However, more than 100 citizens of the country have joined Isis. One of them, Salman Turki, warned that Bahrain could be an Isis target in a videotaped message. Another was photographed destroying his Bahraini passport and threatening the nation’s leaders.

On February 11, Australian anti-terrorism police were reported to have narrowly avoided an Isis linked incident. The plan was to maim or kill someone in public, according to officials. Certain Australian Christian sects have also been threatened by those sympathetic to the group.

On January 16, several Isis-linked terror cells were involved in a shootout with police in the town of Verviers, Belgium. After the shooting stopped, about half of the members of the cells escaped and are still at large.

Isis has long targeted France, producing terror videos in French with threats of a coming jihad. France’s Foreign Minister Laurent Fabius refuses to refer to the group as Isis, which is their preferred term. Instead, the Foreign Minister reportedly stated: “The Arabs call it ‘Daesh’ and I will be calling them the ‘Daesh cutthroats.'” Yesterday, Isis supporters targeted Charlie Hebdo, a French satire magazine, bombing survivor , Franco-Moroccan cartoonist Zineb el-Rhazoui.

This nation’s leadership role in the Arab battle against Isis may be motivated by a desire to prove themselves leaders in a region changed by the Arab Spring. No attacks and threats on or to UAE targets or leadership have been reported.

Isis has made video threats to invade Saudi Arabia as the country transitions to a new king. Damage to oil supply lines is possible should an attack occur.

No attacks linked to Isis have been officially reported, but many threats have been made against the nation and all of Europe. Furthermore, Britain wants history to record that it backed the “side of freedom” in this conflict, according to Prime Minister David Cameron.

Whatever their motivations, more and more nations join the coalition each week. They are not divided by color, religion, or economic status. It is truly turning into Isis vs. the world.

One Response to "Isis vs. the World"