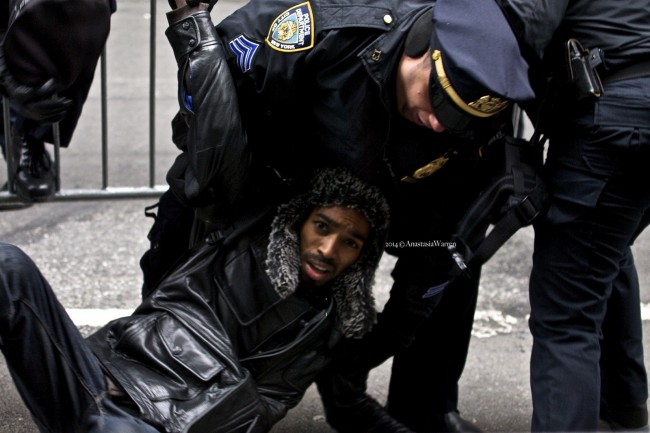 Malcolm X was assassinated February 21, 1965. There was a memorial in New York City in his honor Saturday.  A blue spotlight shone on the exact spot Malcolm X was shot. Malcolm X was a Muslim leader addressing his Muslim followers.  Malcolm X: 50 years remembered.

Malcolm X believed that black people could change the world and could do so without integration but equality. Malcolm had an integrity and sincerity that put power and moral force into his truths. This brought solidarity to even extreme radical sectors in the black community. He spoke about black history, self-determination and racism in a way that people understood and followed. His words rang true in the 90’s and now they speak to a new generation.

Malcolm X spoke out against white supremacy with boldness and without fear. He was the “most uncompromising leader of the 1960’s.” He referred to democracy as “hypocrisy.” He spent years in prison, worked in a furniture factory and worked as a car porter. He saw institutional racism, in the criminal justice system as well as within other parts of the system firsthand.

The radical vision of social justice is missing in today’s fight for civil justice. The massive protests in Ferguson could have brought to light that in some aspects nothing has changed. Political revolutionaries and black activists are rejuvenated; no longer able to sit back on their laurels assuming there are not any more black and white issues.

It is 50 years later and there is still a question on how African-Americans and minorities should be treated. This was made evident in Ferguson, Missouri by the United States criminal justice system last summer when white police officers shot and killed unarmed African-Americans. There are those who believe that black pride comes from the teachings of Malcolm X. What would the Muslim Nation teach Malcolm X today?

Malcolm X: 50 years remembered. There is still police brutality toward minorities. There are still prejudicial assumptions based on color. Malcolm X was the national spokesman for the Nation of Islam which was an African-American Muslim group that believed in the benefits of racial separation. Three members of the Nation of Islam were convicted for the assassination of Malcolm X. This happened less than a year after Malcolm X had left the Nation of Islam.

Malcolm X was a militant leader but he was not against peaceful strategy. His daughter Attalah Shabazz would not want the violent revolutions experienced today. He believed in the civil rights movement strongly but he also believed in human rights. He believed in demanding human rights by “any means necessary.”

Ron Daniels gave the keynote address at the ceremony and he referred to Malcolm X as “a man of honesty and integrity.”  Delroy Lindo read the eulogy written by the late actor and activist, Ossie Davis. Over 300 people attended the ceremony.  In today’s society activists are remembering to be bold; to fight openly to end racial and economic injustice…”by any means necessary.” Malcolm X is clearly, 50 years later, remembered.