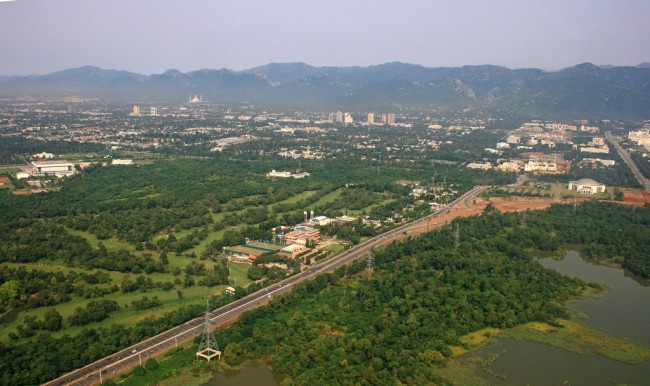 An earthquake of magnitude 5.4 has been reported in Pakistan. This has been confirmed by the United States Geological Survey (USGS) on their website tracking geological tremors and tectonic shifts around the world. The local time in Pakistan at the time of the earthquake was February 26, 2015 at 2200 hours. The tremors were also felt in Islamabad, the capital city of Pakistan, with major trembling sensations. More information about the damages, injuries or loss of civilian life is expected as the day breaks.

The epicenter of the earthquake was close to 15 miles East of the district of Batgram (Battagram), Pakistan. It should be noted that the epicenter is close to 62 miles North, North-East of Islamabad. As per the USGS, the exact geographic coordinates of the epicenter sits at 34.658N, 73.302E.

A seismological report calls this earthquake moderately dangerous. The villages in the region are at risk for damages. Pakistan had experienced a devastating earthquake of magnitude 7.7 and 6.8 on September 24 and 28 respectively in 2013 which killed more than 850 people in the region.