By Alex Lemieux on February 26, 2015Comments Off on Ukraine Begins Weapons Withdrawal 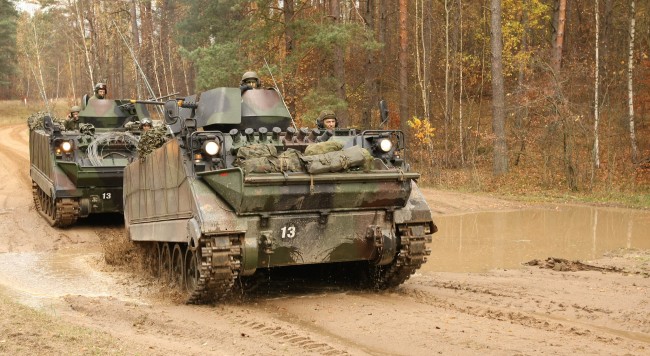 Ukraine’s army has begun the withdrawal of its heavy artillery and troops from the front line in the eastern part of the country, according to British Defense Ministry officials. This comes around a week after the ceasefire agreement between Ukraine and the Russian-backed separatists was signed. Though, alleged violations of the peace agreement have occurred along parts of the eastern Ukrainian.

The pullout of the 100mm caliber artillery division is the first step in bring peace to the region and settling the dispute between Ukraine and the separatist’s alleged supporter, Russia. The pullout will be monitored by the Organization for Security and Co-Operation in Europe (OSCE). Pro-Russia rebels stated earlier they were in the process of withdrawing their weapons and machinery, though it has not yet bet verified by OSCE monitors.

This withdrawal of Ukrainian troops comes just one day after President Vladimir Putin threatened gas cutoffs to the Ukraine for not paying for energy supplies in advance. Putin claimed their current reserve payment was only good until the weekend.

The ceasefire was effective on February 15, but separatists captured the town of Debaltseve a few days later.