Can the Apple Watch Truly Save Apple Inc.? 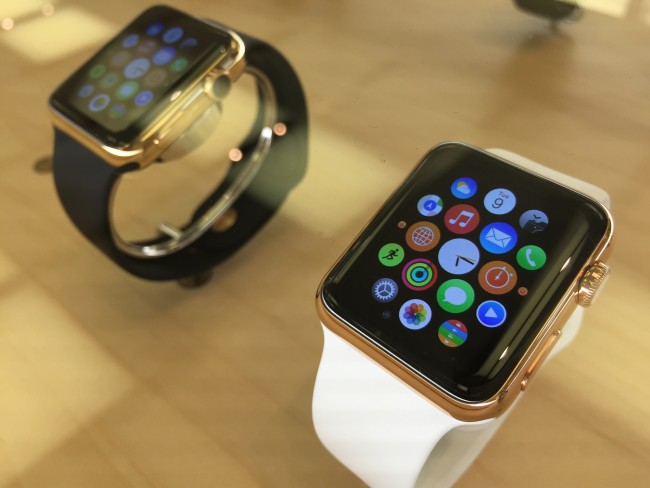 Earlier today, it was announced that the highly talked about Apple Watch is set to ship to even more countries due to excessive demand. While the AAPL stock market is said to have reached their best March quarter results ever, it remains doubtful that the release of this product will actually mean the once unstoppable company will be saved in the end.

While technology fans are undoubtedly excited to be introduced to the newest gadgets, especially coming from Apple Inc., many individuals believe that it is simply too late for Tim Cook and the rest of the head honchos to get things back on their feet and go back to a state of being absolutely sure they would survive. Although the Apple Watch is said to be one of the most innovative and high-tech advancements the company has seen in a while, it is viewed by critics as a desperate attempt to make money and hold on to what little credibility they have left.

The product’s website details it as the “most personal device yet” from Apple Inc., a statement they back up with the reasoning that this is due to it being designed to be worn, and therefore a part of people wherever they go and whatever they do. Because of this, it is described as representing a new chapter regarding the relationship individuals have with technology.

The device contains built-in apps, many of which are the same as that on the typical Apple device such as the smartphone or tablet. These apps include music, text and call options and maps, among other things. It also has a camera remote, which allows the user to easily set the timer or capture a photo of whatever the camera is viewing at that time. The activity monitor tracks the wearer’s time moving, exercising and standing throughout the day. Although this new Apple Inc. gadget contains some new tricks and abilities compared to that of devices previously released, skeptics are simply not sure that it will be enough to renew people’s faith in the company.

For the last few days (essentially, since former CEO Steve Jobs passed away back in 2011) there has been much disappointment when it comes to newly released versions of the once uber-popular products, most particularly the iPhone. The 5th upgrade of the product did not live up to most people’s expectations, due to having a newer design but essentially being exactly the same thing aside from some sparse updates and new functionality. The same can be said for the iPhone 6.

Apple Inc’s credibility when it comes to privacy has also faced a crushing blow recently, after the infamous iCloud data breach of summer 2014. Multiple actresses had intimate photos leaked onto the internet, most particularly Hunger Games star Jennifer Lawrence. Apple Inc. honchos promised to tighten protocol and investigate the systems further in order to make sure such a thing never occurred again, but by this point users were already significantly worried about their own privacy and the releasing of any private pictures or otherwise that they themselves may have on their own devices.

Cook recently released a statement saying that the demand for Apple Inc.’s new product had actually become greater than the supply, boasting that people were ordering the device far faster than anticipated. This may be true, but whether or not the novelty of this newest Apple Inc. product will wear off just like that of those previously released is a legitimate possibility that has yet to be significantly proven to be untrue.

One Response to "Can the Apple Watch Truly Save Apple Inc.?"