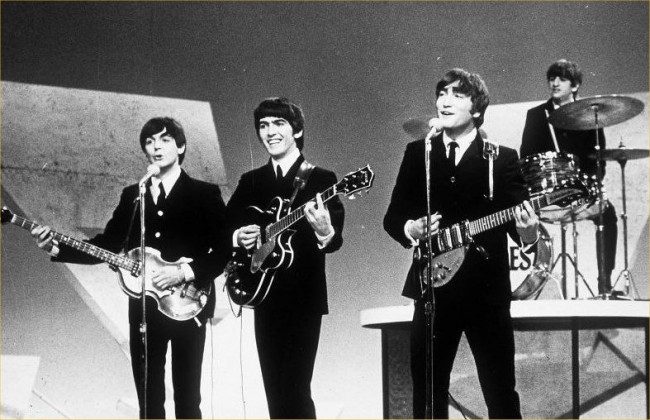 The Beatles, the iconic music group from the U.K. who swept U.S. shores and left an indelible mark on music history, parted ways 45 years ago this week. Known as the “British Invasion,” John Lennon, Paul McCartney, George Harrison, and Ringo Starr debuted on the first Ed Sullivan Show on Feb. 9, 1964. That appearance changed the landscape of TV and music forever. A video of The Beatles‘ first performance on the Ed Sullivan Show from February 1964 is located at the bottom of the article.

The reasons why the legendary band broke up have been rumored and speculated about for decades. However, recent reports and interviews have resolved much of the confusion surrounding The Beatles break-up after nearly 50 years of gossip. Here are the real reasons why the iconic music group parted ways.

1. The Beatles Grew Apart–The longtime chums and band mates grew apart, like any longtime group of friends. They were together since school and knew each other too well. Moreover, they were moving in different creative directions and did not inspire each other anymore. Furthermore, most of the band members had different interests, longed for solo careers, and were pursuing other professional goals.

2. The Death of Brian Epstein–In 1967, The Beatles‘ manager, Brian Epstein, died and left the group without a compass. Epstein was widely considered “the fifth Beatle” and his passing left the band without a manager, mediator, and financial negotiator. The members, who were prone to creative conflicts, found it even harder to work together without Epstein’s ability to calm the waters.

3. Yoko Ono Was Not to Blame–Ever since The Beatles announced their split in 1970, many people have blamed classically trained pianist and artist, Yoko Ono, John Lennon’s second wife and widow, for coming between him and the other band members. However, this is not the case. The iconic music group was coming apart long before Yoko Ono appeared on the scene. In actuality, one of the reasons why the iconic music group parted ways was due to creative differences among John, Paul, and George.

4. Different Creative Directions–From 1967 to 1969, each of the four Beatles began working on their own private projects and this led to increased internal strife among The Beatles. Harrison was becoming increasingly resentful of Lennon and McCartney because they did not respect him as a songwriter. In fact, his song contributions were often snubbed by the other band mates and left off the released albums. Lennon was interested in experimental and more avant-garde music, which was encouraged and supported by Yoko Ono. McCartney preferred spending time with his family and remained interested in the pop music genre, which lead to the formation of Wings with his new wife, Linda Eastman. Meanwhile, Harrison had expressed an interest in Indian music. Needless to say, these differing tastes made it very difficult to put together a cohesive album. The Beatles‘ White Album is a prime example of their divergent musical stylings.

5. Business Matters Became Personal–In addition to the fact that The Beatles stopped touring and playing live in 1966, the band members were also disappointed with the fortunes of their company, Apple Corps. They had very different goals and ideas for the company and could never reach a consensus. Without Epstein’s guidance, the company became a financial sinkhole and continued to drive a wedge between the former friends.

The Beatles, the iconic music group from the U.K. who became a global sensation and left an indelible mark on music history, parted ways 45 years ago this week. The band known as the “British Invasion” debuted on the first Ed Sullivan Show on Feb. 9, 1964. Their appearance changed the landscape of TV and music forever. The reasons why the legendary band broke up have been rumored and speculated about for decades. Thanks to recent reports and interviews, much of the confusion surrounding The Beatles break-up has been resolved and the real reasons why the iconic music group parted ways have been revealed. A video of The Beatles‘ first performance on the Ed Sullivan Show from February 1964 is presented below.

One Response to "‘The Beatles’: Reasons Why the Iconic Music Group Parted Ways [Video]"