US Capitol on Lockdown After Shot Fired 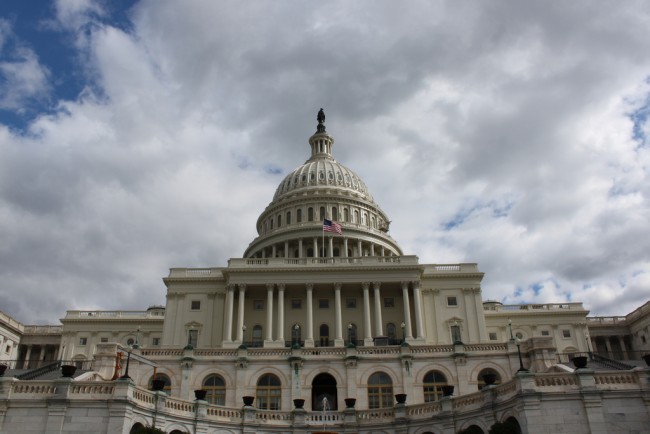 The shot heard is thought to be from a man who committed suicide on the West Front of the Capitol Building and the package was the man’s own suitcase. There are no indications of terrorism, currently. However, the investigation is in the early stages. Currently the police are looking for the man’s car.

The man has not been identified, however, that situation is now neutralized. Before the man shot himself, he was protesting outside the Capitol Building with a sign taped to his hand. He was wearing a backpack and had a suitcase with him. Officials are investigating the suitcase at this time.

The Capitol Building is on lockdown in case of a security threat. No one may enter or exit the building or the visitor’s center, at this time. Also, some roads have been closed off as a precautionary measure.