A.D. The Bible Continues – or Does It? 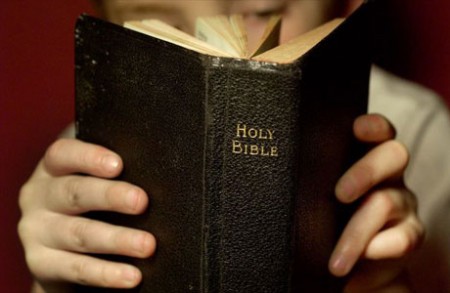 A.D. The Bible Continues is an ambitious series. A cross between a lesson in the New Testament and a soap opera set in Christian history (as opposed to a hospital), it is a network television show trying to compete on Sunday nights with the HBO blockbuster Game of Thrones and the plot twists on CBS’ The Good Wife for viewers and coming up short. Its network, NBC, is still on the fence and will decide soon if A.D. The Bible Continues or it does not.

The A.D. The Bible Continues series is set in the period after the Crucifixion and follows the disciples charged with spreading the message of Christ and their travels or travails. This week’s episode was a typical one portraying pivotal events in the New Testament’s Book of Acts. While Peter and John join Philip to evangelize in Samaria, Saul of Tarsus sets off for Damascus. As he travels, he has a visionary encounter with Jesus that results in him being baptized and transforming into Paul The Apostle.

Earlier episodes offered recaps on the crucifixion and the resurrection, which notably aired during Easter time this year. That was familiar turf that always draws a crowd. But after a couple of weeks, the storyline ventured into the resistance to the Roman occupiers and appearances by Jesus to his shocked disciples. Pontius Pilate pits warring factions against each other until Emperor Tiberius arrives. Meanwhile, the disciples continue to spread the word about Christianity. The subject matter – faith – requires solid performances and subtlety not needed in recounting the Easter story.

While A.D. The Bible Continues could be as interesting as the scheming on The Good Wife and Game of Thrones, the overly earnest acting hampered by the overwrought script and production are not exacting awe inspiring. The fact that the plot is known is not as much as issue (anyone watching a war movie knows who wins ahead of time) and the show having what Variety called “a paint-by-numbers quality (with frequent use of the color red, for bloody violence).”

Mark Burnett, creator of Survivor, The Voice and Shark Tank, and his wife, Roma Downey, the former star of Touched by an Angel, produce the show. The couple want to be real-life disciples spreading the message of Christ with their television show and even have a digital talk show after each episode, Beyond A.D., where the contents and concepts on each show are discussed.

One has to ask also, “what was the intended audience?” The series was a sequel to History Channel’s The Bible series that aired (and drew huge ratings) in the Easter season two years ago. The cynical or Hollywood-types clearly thought the rating bonanza would continue with A.D. and deliver old-time religion to those sitting on their couches rather than in pews. The show was intended for the believers who frequent religious organizations and, presumably, to educate others (or evangelize) about the Bible.

The problem (besides the acting and script) is that a good many people are churchgoers only at Easter time or for Christmas. And young viewers, the kind network advertisers target, are more interested in Westeros and Dorne than how the Zealots and Ethiopians will scheme against Rome. Through in the fact that most people do not like being preached to and would rather be entertained by television (or are into so-called reality shows with Kardashians and “Real” Housewives) and it is easy to see why viewership for A.D. The Bible Continues has not been high post-Easter.

NBC has not decided (publicly, at least) on whether or not to renew the show. Rather than offend the faithful or be overly willing to cut Mark Burnett’s show (His The Voice is the network’s biggest draw.), they have committed to waiting until early June to make a decision. There are two more episodes in A.D. The Bible Continues to possibly attract viewers or it does not continue.

a, A.D. The Bible Continues