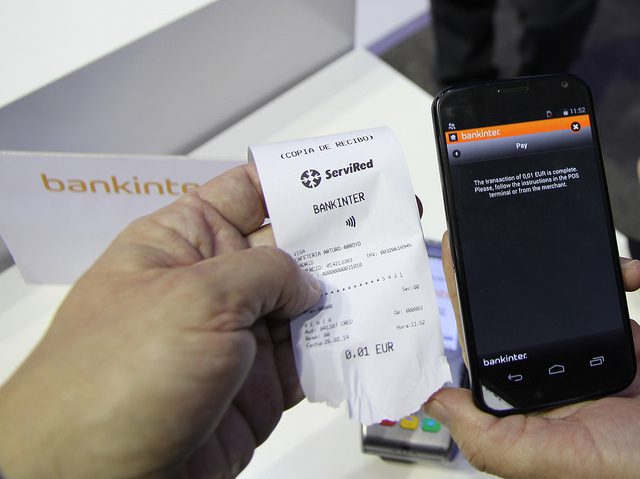 Android Pay comes into the world of mobile payments and is aimed to make such world better. The feature may be regarded as a sequel to Google Wallet, which came years ahead, but was not really used by many. However, the new way of mobile payment, which Google recently announced, will likely be. Using it is much faster and easier, and it does not even require entering a PIN or opening an app.

Android Pay enables users to pay purchases by simply tapping their phones on a Near Field Communication terminal so the purchase is approved. Furthermore, Google is testing a “hands-free” payment feature, though it is not known if Android Pay will have it. Being both developed in the same company, it is not a far possibility though.

If mobile payment is as easy as this, it will likely spread everywhere, said Engadget. To demo Android Pay, a Coke vending machine and some Android Pay-loaded Nexus devices were in the I/O 2015 press area. Engadget tried buying a Coke and it just required a Nexus 6 tapped to the terminal and observers saw the screen showing cards of MyCoke Rewards loyalty and American Express.

The phone was able to determine that the user was buying from a vending machine which was that of Coke, and showed the user current reward points, prompting her if she wanted to pay with the card, or with points. She chose points and the machine dispensed Coke Zero.

Google said the same will happen if one shops at Walgreens or at any merchant that allows rewards program. The payment feature should work fine with Android 4.4 and higher while Android M will offer fingerprint authentication. Android Pay in in-app purchases goes through the typical checkout process of cart, after which user just needs to select the button, “Buy with Android Pay.” No need for card info inputs. Android Pay will already work with apps Wish, GrubHub, Uber and Lyft.

Like Apple Pay, Google’s payment feature uses tokenization, where a virtual account number is shared to merchants for payment management. Google Wallet still exists, and the cards linked to it can be transferred and used in the upcoming payment feature.

There are already 700,000 retailers who will support Android Pay, and the list has Walgreens, Macy’s and Whole Food. When the merchant supports Apple Pay, it likely does Android Pay, since both mobile payment features are compatible. This means the world will see people using contemporary smartphones to purchase things.

The new mobile payment feature from the Mountain View, California firm took center stage in yesterday’s annual developers conference, I/O 2015, and Google Commerce Division executives showed in the afternoon session, a “hands-free” payment feature. Customers can simply say, “I would like to pay with Google” without touching their wallet or phone and off they go with their purchase. This will be in beta testing in San Francisco before long, specifically, in Papa John’s and McDonald’s.

Hands-free payments already existed. Card Case of Square let customers pay purchases by identifying themselves to the cashier via a tab. The technology used geo-fencing to verify buyer identity by matching them to a certain device. Card Case was not so popular with limited support from merchants. Likewise, PayPal with Beacon applied hands-free payment with a USB dongle which utilizes Bluetooth.

Android Pay will make mobile payments better and will be one of the contributors to changing the way people pay. Osama Bedier who was with Google Wallet development said, it has a bigger chance to succeed more, with the involvement of carriers and banks which made it merchant-friendly.

He noted that the next three to four years will see a change in the way consumers pay as it frees them from bringing cash and payment or loyalty cards along. Purchasing will be possible with a simple tap. For Android Pay to make mobile payments better, Google partners with Braintree, First Data, Vantiv, CyberSource and Stripe payment processors for easier integration.

The Verge: Google’s “Hands Free” will allow you to shop at stores without pulling out your phone