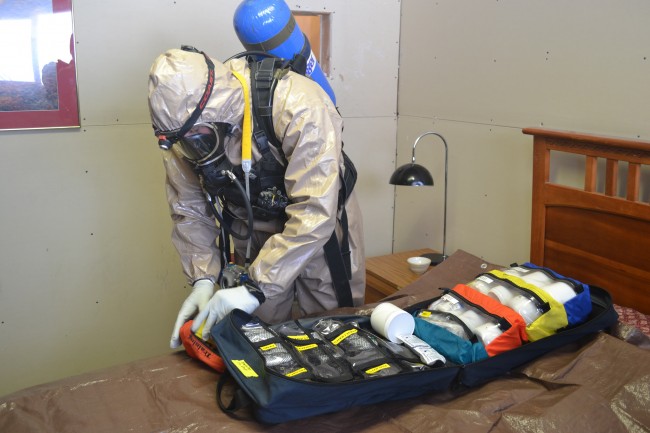 Anthrax, the live and lethal bacteria toured nine states under the radar, from March 2014 through April 2015. Just being discovered, the threat of biological warfare makes the New York City rock group Anthrax seem like they should be rated PG. The United States Government has gotten the U.S. Department of Defense involved, as live samples of the infectious disease, have shown up nationally and has even made its way internationally to South Korea and Australia. Sources point to the military base Dugway Proving Ground, located in Salt Lake City, Utah, just off the I-80 in Skull Valley. The military has still yet to confirm why there was an atrocious accident leading to a possible global disaster caused by the U.S. Military, not being cognizant with samples of live Anthrax.

What scientists are dealing with is a bacteria, with the etiological agent named Bacillus Anthracis, commonly known as Anthrax. This little living force of attack has the cruelty of infecting through three individualized ways. The most lethal, being when a person contracts a form of pulmonary anthrax, by inhaling the toxic pathogen, causing instant swelling of the chest. A person can get the gastrointestinal form of this disease when eating contaminated meat or ingesting anything impure. Cutaneous can be formed when a person with a cut or lesion handles an animal carrying this gnarly slaying critter, then forming ginormous black spores, that are an eye sore.

Good news bridges the horizon. Even if a few people catch the A-Bug, anthrax cannot be spread from one person to another, and is actually very uncommon and unheard of. There are various forms of antibiotics to treat and resolve the problem of invading bacteria, as well as vaccinations to assist in disease prevention. No need to fear if penicillin allergies linger, many top of the line antibiotics are quite safe and have been created by the pharmaceutical companies to kill the super villain anthrax and restoring the body back to new. 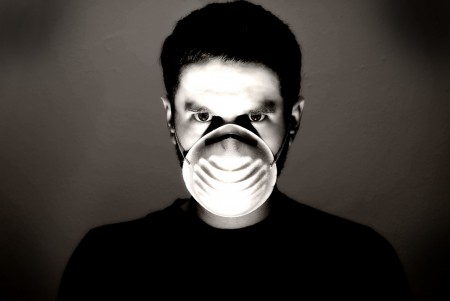 Anthrax is making its way through nine of the 50 United States, this monstrosity of a super bug bacteria is actually just a monster because of three tiny proteins. These tiny microbial building blocks are called the Toxin Lethal Factor. The three proteins are, protective antigen (PA), edema factor (EF), and lethal factor (LF) work together as a high functioning team that all have individual duties and ninja factors.

The Government had a project funded and created to look deeper into the possibility of immunity during a threat of anthrax in the use of a biological weapon. No clinical or medically researched studies had been published in the year 1998, when an esteemed official whom shall be held nameless, got the anthrax vaccination making public headlines. There was no scientific proof at the time for safety and efficacy, though the law requires human based trial studies to be performed prior to using as a safe and reliable medical practice. The vaccine program was originally designed for a good cause, hoping to help the general public fight this deadly bacteria. Though an obvious suspicion of emerging biological warfare infrastructure is being created, the House of Reform testified when speaking on the topic of leaked live anthrax.

“Protest and Survive,” is just one of the many other songs that classic tribute band of the day has, displaying a human need and awareness for the issue of debate at hand. This song was recorded on the album “Attack of the Killer B’s” released in 1982 by Maxwood Music Ldt., it looks like people have been warned for quite some time about government schemes and acts of terrorism. When in doubt, that would be the band to go to.

Again, the same suspects that contaminated an estimate of 75 lab workers back in 2014 with anthrax has made an ultimate return this year, making a tour around to a total of nine states, and the two countries of South Korea and Australia. The awaited response from U.S. Federal authorities on this highly controversial slip up is world-wide. Fortunately, many countries are resourced with viable study materials such as the internet and libraries, so humanity may be able to learn and implement all that is necessary during a time of possible Biological Warfare. Many precautions can be taken such as getting a simple vaccine or wearing a mask. Though mortality rate has increased, several antibiotics are on the market. No worries and no need to fear, as it is more likely that a person will die in a car accident on their way to work, than by the Big-A.