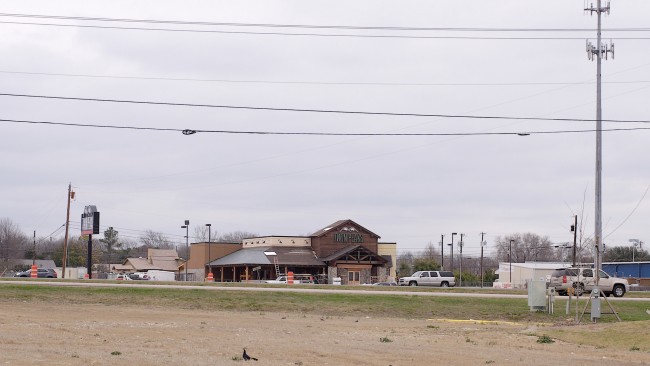 Nine people are dead and several people are injured after a shooting between biker gangs, Sunday, May 17. A Waco police Sergeant W. Patrick Swanton said that eight people were declared dead at the scene, according to the Associated Press.

The shooting took place at the Twin Peaks Restaurant around noon, Sunday. The eighth person was pronounced dead at the hospital. The extent of the injured is not known at this time. It is also not known if the restaurant’s patrons were included in the injured.

There are still bodies in the Twin Peaks Restaurant parking lot, according to Swanton. There are bodies scattered throughout the parking lot next to the restaurant also, he said. 18 people were sent by ambulance to local hospitals with knife and gunshot wounds, reported KCEN.

Swanton said that there were Department of Public Safety Troopers, deputies from McLennan County Sheriff’s Office and police officers from several cities called to the scene. The deputies have secured the area around the restaurant.

Officers were in the parking lot when the shooting started. The Waco Police Department posted on Facebook that no officers have been injured in the shooting.

In a photo of the scene, there were multiple motorcycles in a parking lot. There were three people with the bikes wearing what appeared to be biker jackets lying on the ground. Two of them were lying on their backs and one was lying face down. Police were only a few feet from the group. There were several others in biker jackets nearby.

Swanton reported that the police knew in advance that at least three motorcycle gangs would be at the restaurant. There were 12 Waco officers, as well as, state troopers at the restaurant when the fight broke out.

No one has said what triggered the shootout, but Swanton and the McLennan County District Attorney, Abel Reyna, said that pressure between the rival gangs had been building for months. According to Swanton, the management of Twin Peaks Restaurant wanted the gangs there so the police did not have any say concerning whether the gangs could be there or not.

When the fight broke out inside the restaurant it was feet and fists and then chains, clubs, knives and then finally escalated to gunshots. The Central Texas Market Place is not a safe area. Officers are still arresting people arriving at the scene with weapons, was posted by Waco police on Facebook. This is not a sight to watch, these are very dangerous people.

Police went to the nearby Flying J Truck Stop because bikers had started to gather at that location. A witness told KWTX he had just finished his lunch at Don Carlos Mexican Restaurant, close by, with his family and when they walked out into the parking lot, they heard the gunshots and saw wounded people were being put into ambulances and taken from the scene. The family hid in front of their pick-up for cover.

Swanton said there is a sincere concern that gangs are moving to other areas of the city to continue their fight. McLennan County District Attorney, Abel Reyna, said to KWTX, earlier in the month, that law enforcement was aware of the pressurizing issues between gangs that hung out at the restaurant.