Bruce Jenner’s Two-Parter ‘Keeping Up With the Kardashians’ 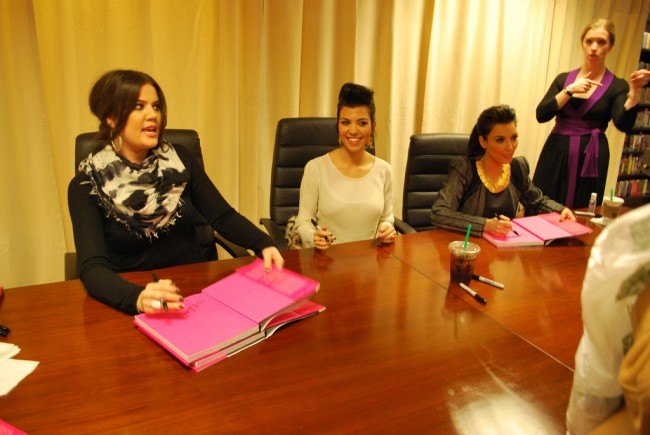 Kim Kardashian is still struggling with Bruce Jenner’s sex change. E! will be airing a two-part special of Keeping Up with the Kardashians: About Bruce, Kim breaks down while she talks about Diane Sawyer’s interview with Jenner, Kendall and Kylie Jenner.

Jenner is going to tell his first story, according to Kim who said it was going to make her cry. She said she was thinking of her mom and how hard this is for her and that she cries often and that makes Kim sad.

Kim believes her mom should be more appreciated because of all she does for her family. Kim seemed very remorseful.

Until Jenner tells the media different, will be referred to using male pronouns. Jenner announced that he was a transgender woman in a 20/20 interview in April on ABC.

In part one of Keeping Up with the Kardashians: About Bruce, premiering on E! at 9 p.m. May 17, Kendall Jenner will talk about feeling her father was hiding something. She said she was little and had no understanding of what could possibly be happening, she just felt that something was wrong.

Kendall said that she and her sister would find make-up and they believed that could be having an affair. They only knew that the girls did not want 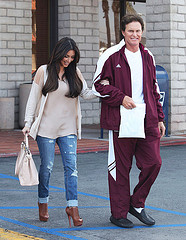 to see their family split. Jenner was married to Kris for 22 years before they separated in 2013 and then divorced last year. The couple had Kylie and Kendall together that added to the girls Kris already had, Kourtney, Kloe and Kim and the children Jenner already had, Casey, Brandon, Burt and Brody, making a very large, blended family.

Kylie and Kendall Jenner love their dad and just want him to be happy. It is difficult to see Jenner transition from a man to a woman but the family still remains supportive. The family’s positive reaction is largely due to Jenner’s own happiness that he had shared during a 20/20 interview with Diane Sawyer.

Kendall told E! News that he is the happiest she has ever seen him. She made this comment Sunday at the Billboard Music Awards concerning her dad finally speaking out about who he really is inside. She said that her dad was happy and being strong for himself, while still being there for his kids. It is a great feeling, she said.

Jenner is 65 and proves that his family comes first while he makes the transition from being a man to becoming a woman. Kendall believes she has the best dad. She said that he taught her how to be a tomboy and how to ride a bike. This story will be heard on E! Keeping Up with the Kardashians: About Bruce part one May 17 at 9 p.m. and part two of Keeping Up with the Kardashians: About Bruce May 18 at 9 p.m. on E!. Jenner will tell his own story for the first time with the emotionally-charged support of his loving family. Jenner will continue his journey from life as a man to life as a woman.