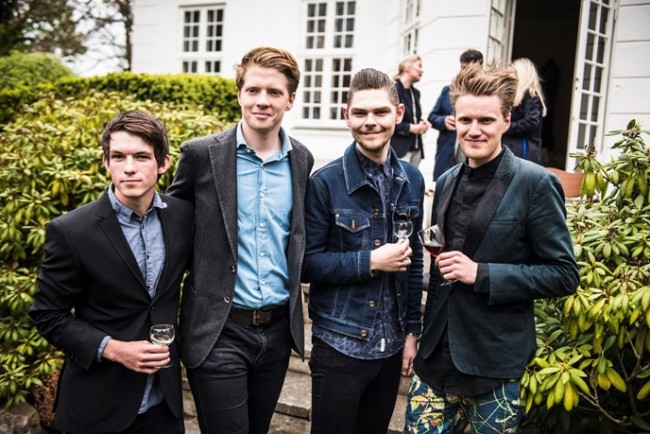 Tomorrow, May 19, is the first in a round of two semi-finals for the 2015 Eurovision Song Contest. Based on rehearsals that took place last week, there are some clear winners in terms of who will advance, as well as those who will be left behind and those whose advancement depends on how well they do on stage.

Greece: Caught between the no and the maybe. Maria Elena Kyriakou’s performance of One Last Breath certainly matched that of her music video and studio version, but her getting through the final is based off the fact that many fans see this song as just another ballad in a sea of ballads (indeed, most of the 40 songs entered this year are slow.) However, others feel that her song launches into a more rock-type feel after the bridge. The 31-year-old’s fate is probably one of the most unknown when it comes to what will happen in the semis, as it could go either way.

Estonia: Yes. Elina Born & Stig Rästa are again and again predicted to do great things in this year’s Eurovision Song Contest, with many even predicting that they will win or come very close. Their song, Goodbye to Yesterday, became an instant fan favorite upon its release and has not diminished in support since. The fact that Born has just released a debut album and that Rästa already has a heavy Eurovision following due to his work in many other musical endeavors makes this duo something of an unstoppable act.

Armenia: No. Although Genealogy’s tribute to the Armenian Genocide of 100 years ago is extremely touching and deserves respect for what it is, the fact remains that the six individuals involved just do not fit together. Their song, Face the Shadow (originally called Don’t Deny, a title which was changed due to controversy) starts off decently with a few singers and then transcends into something of a mess given the different vocal styles of those participating. Indeed, even the tune of the song changes completely and many feel it is akin to two different tracks being played at once. Their rehearsals for this year’s Eurovision Song Contest have not done anything to change this view, and it is most likely the six with not make the cut.

Denmark: Maybe. Those who love the boys from Anti Social Media truly do adore them, and wish for them to go all the way. There are many that think the song is fluff filler, however, without any true meaning or talent and that the band is simply popular due to their young age and good looks. In terms of the song style, however, even some non-fans will admit that it is one of the only truly upbeat and positive entries competing in the 2015 Eurovision Song Contest. The Way You Are may very likely find a spot in the finals, and the answer to this question is leaning more onto the yes side at this point it seems.

Fans of the aforementioned entries, as well as those who do not wish for them to advance, do not have long to wait for their goals to come true or fade away. The first semi-final will air tomorrow, May 19.

Mirror – When Are the Eurovision 2015 Semi-Finals?

Guardian Liberty Voice – Eurovision 2015 Semi-Final #1: Who Will Advance Based on Rehearsals [Part 1] [Video]