Evolution Has Evidence That Answers Nagging Question About Life 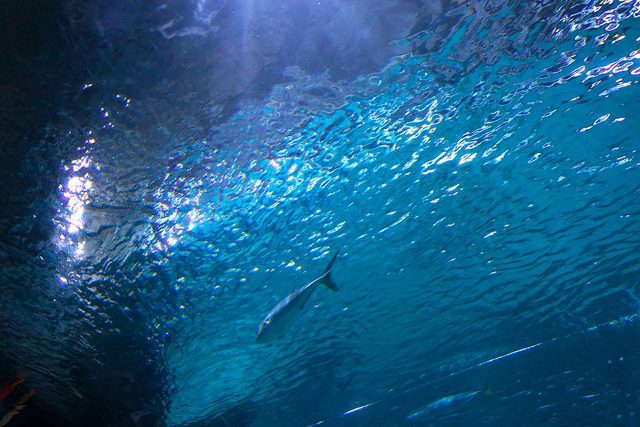 Evolution has another piece of evidence that scientists believe answers one of the nagging questions about how life came to be. A microorganism was found in the deep-sea of the Atlantic, that provides a link between simple and complex organisms.

Scientists talked about the find in the new study, published this week in Nature, and numerous tests confirm the results. The organism, which scientists named Loki, was found in the deep-sea between Greenland and Norway. Scientists said it is a remarkable find, because it was found in a teaspoon of sediment dug up in the ocean floor.

The sediment came from an area called Loki’s Castle, located on the Mid-Atlantic Ridge between the two countries. Those involved in the project include scientists from Uppsala University in Sweden and from other Norway and Austria universities

The reason for the excitement is because Loki provides a link that scientists claim shows evidence of a transition between a simple microbe-like bacteria and complex forms of life, such as trees, animals and humans. Scientists have long believed in evolution, but lack certain links that show a transition from one type of life to another. One of those missing links in evolution, was a transition between simple organisms to complex life forms. Loki has both simple microbes, and what scientists believe is an early development of eukaryotes, which is responsible for complex life. It does not contain everything they had hoped, but the find is a rare and important one, because it is another piece of evidence that answers nagging questions about evolution.

“We hoped that Loki would reveal a few more pieces of the puzzle, but when we obtained the first results, we couldn’t believe our eyes. The data simply looked spectacular,” says Thijs Ettema of Uppsala University, who headed the study.

The discovery leads scientists to believe that eukaryotes’ development began early in the earth’s creation, much earlier than originally thought. One thing this organism does not have is a nucleus, and scientists believe mitochondria are what triggered the development of a nucleus in the evolutionary process. Studies from 2006 suggest that mitochondria is the catalyst for development of complex life. This particular organism does not contain mitochondria, but scientists have theories on how it eventually did incorporate it. Scientists have obtained new sediment to study mitochondria and answer that part of the puzzle, but the organisms die off before studies can be done.

Scientists believe the environment where the Loki was found is one key to the puzzle. The area contains hydrothermal vents near volcanic activity. It is a harsh environment with the volcano nearby, yet yields cold temperatures. It is the perfect environment to discover new life forms, scientists said.

Scientists believe much could be learned if they recreate the environment for microbes from the ocean floor, and have created a mimicked situation that includes high pressure and cold temperatures. However, the research has yet to yield anything notable, because scientists have not been able to create all the factors that help microbes thrive. Scientists are currently trying to figure out what microbes feed on, particularly the relationship to carbon.

Those involved in the research said extreme environments, such as those found in the deep-sea of the Arctic, contain many unknown microorganisms that would yield valuable information about life on Earth during the early days of its existence. Searches for other microbial dark matter will continue and scientists believe those searches will yield significant information in the near future.

As more is found, scientists say more pieces of evidence will answer more nagging questions about evolution. Some even say biology books will need to be changed significantly in the future.

Evolution Has Evidence That Answers Nagging Question About Life added by dareing.m on May 8, 2015
View all posts by dareing.m →