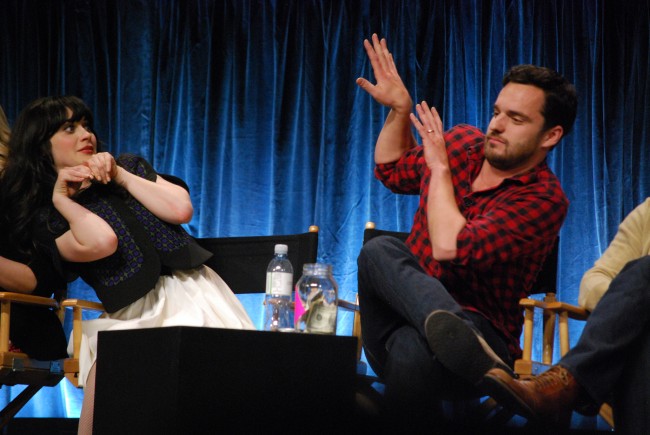 The FOX network has announced their 2015-2016 TV lineup. Some shows are being renewed, while others have hit the chopping block, and some new series are also hitting the air this Fall in the hopes of being a fan favorite.

Brooklyn Nine-Nine: This action comedy series, headlined by Saturday Night Live star Andy Samberg, will be hitting the air once again in September. No premiere date is yet known. It will be the series’ third season.

New Girl: This fan favourite sitcom, featuring popular actress Zooey Deschanel, will be back for the show’s fifth season. This series is highly favorable by critics, who named it one of 2011’s best new comedies.

Bones: The crime comedy-drama that has won over millions since its debut back in 2005 has been confirmed as returning for FOX’s 2015-2016 lineup, where it will air its 11th season. It is in the running with hit CBS crime drama Criminal Minds for one of the longest running crime shows in existence, with both of them airing their 11th season this Fall.

The Last Man Standing: This post-apocalyptic comedy series is a newbie to the station, having only premiered last March. The show ended up being a hit, however, and therefore has been renewed for a second season as of April of this year.

Worlds Funniest Fails: The show that captures people’s most idiotic moments will be back for more viewers to be able to laugh at others’ misfortune. The FOX series is produced by Dick Clark Productions.

Glee: This long-running musically themed show that everyone loved to hate is finally coming to an end, after six seasons. The future of the show had been in question ever since it lost one of its core cast members, Cory Monteith, to a drug overdose back in the summer of 2013.

The Mindy Project: Much to everyone’s shock, it was announced last week that the show in which breakout The Office star Mindy Kaling headlines will not be returning for another season. It just wrapped up its third installment, and reports have stated that the series is in negotiations with Hulu for a two-season pickup.

Mulaney: This FOX show, featuring former SNL writer John Mulaney playing a fictional version of himself, did not do well at all. Running for only one season, it was canceled back in March.

Backstorm: Like Bones, this show was a crime comedy-drama hybrid. Unlike the former show, however, it was nowhere near as successful. As a result, it only lasted one season.

Red Band Society: A comedy-medical drama combination, this show centered around a group of teenagers all living in the same hospital pediatric ward. It too, only lasted one season on FOX.

The Following: The premise of this show is that an FBI agent is trying to capture a notorious serial killer. It lasted three seasons, but will not return for a fourth.

Utopia: A cast of 15 men and women were put in isolation and made to create their own society to see if they could survive. After less than two months, the show was pulled completely after already have schedule changes from two nights a week to just one.

Fans of the aforementioned renewed series will be happy. For the ones who will not get to see their show back on the FOX 2015-2016 lineup, they can at least take solace in the one or more seasons they did have.