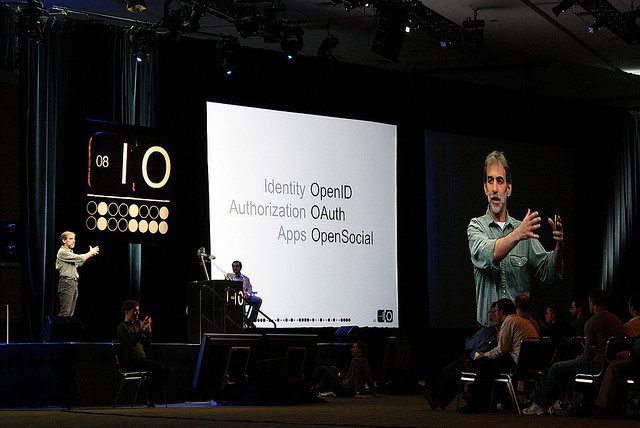 The Google annual conference I/O 2015 concluded Friday, and the tech world learned what the Internet Search titan has in store for everyone in the conference key discussions. The developers big meeting at San Francisco on May 28 and 29, was packed with discussions of new features, innovations and future plans.

Android M, the life of the future mobile devices is coming in fall with new features. Though the Material Design inherits that of Lollipop, many changes are happening in the background, including changes in app permissions, custom chrome tabs, Android Pay, Google Now, Photos, app permissions, Cardboard, Chrome, Brillo, fingerprint authentication, USB type-C and longer battery life with a feature called Doze, which determines via a motion detector is the phone is left idle and puts it to “deep sleep.”

Android Wear will have a feature called “Always On,” to make app info always available even in low power black and white mode. In this way, there is no need to tap the screen to wake the app up. Wrist gestures are added for hands-free operation, or in case the hands are full; for example, flicking the wearable up and down to scroll. Android Wear is also fine with emojis for the more artistic and expressive users. Android Wear has about 4,000 apps designed, according to Google.

Google is coming to homes with Brillo, and make them smart. The Internet of Things OS is developed with Nest engineers and is based on Android. It is streamlined and will make connected objects communicate with one another, through a language called Weave. The Brillo developer preview will be out in Q3 while Q4 will see Weave.

In the virtual reality arena, Google I/O 2015 key discussions included Cardboard, which also supports iOS. It now comes with an enhanced viewer, and is easier to assemble. Teachers can use the new “Expeditions” VR program to control destinations for virtual field trips and let students explore the new places from the Cardboard VR system.

Also discussed was Jump, a camera system that makes it possible to record VR video. It puts a camera in a ring to record in 360 degree. The Search titan also partners with GoPro to come up with a jump-ready camera within the year.

A new app Linking makes it possible for Chrome custom tabs to allow developers to add custom features which overlay on top of apps, like a Pinterest app, adding a custom transition animation to connect to the Internet from within the app. The app linking feature also lets apps to confirm links so that switching from app to app is faster.

Not all parts of the world have Internet, but it does not stop the Internet giant to make Android available to them. The tech company launched YouTube Offline and Chrome offline support. Now, it introduced Offline Maps which allows access to Google Maps to search locations and directions, even without an Internet connection. Offline Maps will come out this year.

Google Now is improved with awesome features and could be a good factor to attract people to switch to Google’s mobile OS. The digital assistant will understand context better, and will be easier and faster to use. Its new Home button-triggered feature “Now on Tap” allows the Now service to hover on top of any running app, and pull data from that app. Developers need not even change anything to the existing apps for Now on Tap.

When listening Spotify, one can search artist information; when chatting at WhatsApp where users are talking about a restaurant, Now on Tap can retrieve any information on the restaurant or make reservations. Now on Tap is a helper living within Android M, not an app feature.

The new Google Photos is an attractive newcomer that makes life easier when searching for stored photos, no matter how amassed. Users saving massive photos in their handset, will likely find it difficult to search for a picture as there are just so much. Aside from a bigger, free storage, which seems unlimited with the application of some type of compression, Photos app is easier to navigate and has smart image recognition tech that makes libraries of pictures searchable.

Images can be browsed across a timeline, and can be sorted based on Places and People without the need of tags. Google Photos makes it possible to create collage and videos based on suggestions, according to date and location for example. The app can auto-create movies per latest content.

Another feature included in the Google I/O 2015 key discussions was Google Play, which is reorganizing its way of displaying more relevant search results. Parents can look at Family Star badge for kid-friendly content. There is also Udacity Android Nanodegree, for learning all things Android for six to nine months if one spends 10 to 15 hours a week. Price is $200 a month.

Sources:
Gizmodo: Google I/O Wrap-Up: Android M, Photos, Cardboard, and Everything Else
TNW News: Everything Google announced at Google I/O 2015 in one handy list
Android Central: The 10 most important things from the Google I/O keynote
The Economic Times: How Google’s ‘Now on Tap’ could change everything about your smartphone