Memorial Day: Shootings in Chicago and Baltimore, FBI and the Kardashians 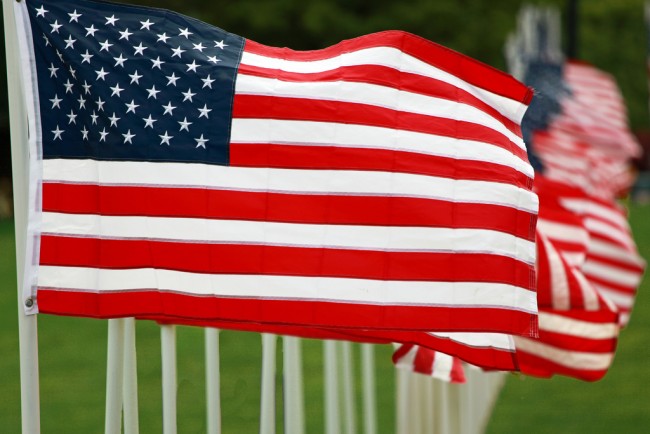 This Memorial Day was an eventful one for the people living in Chicago and Baltimore, FBI agents and Kim Kardashian. It was not spent by everyone remembering the people who died serving the nation. For some people in Chicago and Baltimore, it was a sad day where their loved ones became victims of gun violence. FBI agents scrambled to respond to threats made against flights landing in the U.S. while Kim Kardashian professed her love for Kanye West on social media.

People were participating in parades or watching one, while certain parts of the country was in a turmoil. Below is an update on the most important things that happened this weekend:

The city of Chicago saw a spurt of shootings this Memorial Day weekend as 12 people were killed and at least 43 wounded. The most recent shooting took place Tuesday morning, May 26, when a 47-year-old woman was shot by her boyfriend in West Madison, following a domestic dispute. The wound was non fatal as the bullet grazed her leg.

The last fatal shooting was on Monday night, May 25, at 7:50 p.m. when a 17-year-old boy was shot in the Austin neighborhood on the West Side. He had wounds in the back and the leg but succumbed to his injuries at the Mount Sinai Hospital.

Earlier, two men were shot in separate incidents and both victims died in the hospital. At 5:25 p.m., a 19-year-old man was shot in the Bronzeville neighborhood, a few blocks away from the Chicago Police headquarters. During the afternoon, at about 2:30 p.m., a 29-year-old was shot multiple times in the Irving Park neighborhood on the Northwest Side while he was sitting in his car. The man was sitting in his car when another car pulled up and someone got out and shot him. 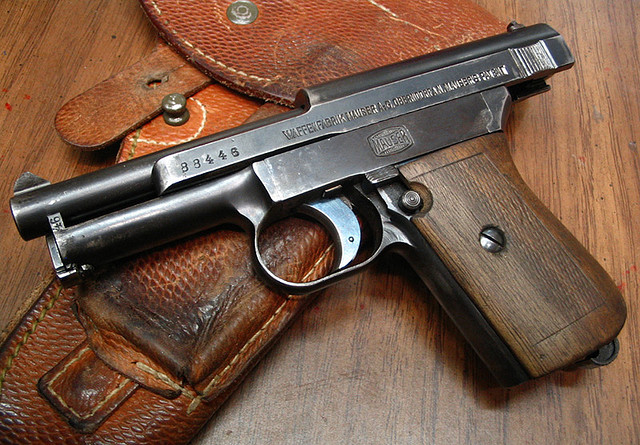 On Sunday night, May 24, two teens, Raheem Dameron, 15, and another unindentified 14-year-old were shot in a drive by shooting. Dameron was killed at the scene while the younger boy was taken to the hospital where he is now in a stable condition. The 15-year-old, with known gang relations, became the youngest fatality of the weekend.

Of the various shootings, the youngest victim was Jacele Johnson, 4, who was shot in the West Englewood neighborhood. Johnson and her cousin, Romare Wilson, 17, were sitting in the car parked outside a prom when another car pulled up and opened fire. A 15-year-old who was standing on the sidewalk was also injured in the same incident. All the victims were rushed to the hospital and are now stable.

No one has been arrested in any of the myriad shooting incidents. The Memorial Day weekend shooting spree was not new to the city as a similar incident happened in the beginning of May when five people were killed and another 29 injured. The city is grappling with gun violence even though Chicago has relatively strict gun laws.

Baltimore city detectives are investigating nine murders and 30 shootings that took place over the Memorial Day weekend, making it the deadliest month ever for the city since 1999. December 1999 saw a total of 35 people being killed, but already this month, 35 people have been killed. There is still almost a week left for the month to end. None of the victims’ information has been released by the police and no one has been arrested in the incidents yet.

The latest shooting took place on Memorial Day, Monday night, at 11:30 p.m. when a 20-year-old man was found with multiple gunshots in West Baltimore. At around 9:00 p.m., a 9-year-old boy was shot in the leg and another bullet grazed a nearby man’s head in North Baltimore. All victims were taken to the hospital for treatment. The 9-year-old boy was the youngest victim, from the information released so far by the police.

The first fatality was a man who was found inside a car in the Western District on May 25 at 12:29 a.m. A woman, who was shot in her back, was found laying in the street nearby. The man succumbed to his injuries at the hospital while the woman is in a stable condition. 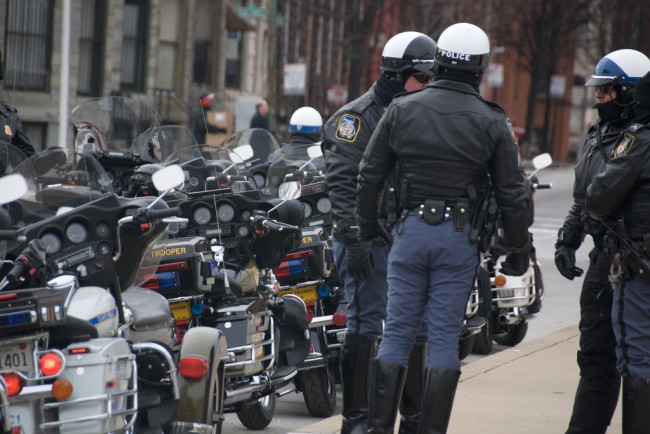 While the incidents took place throughout the city, most of them were concentrated in West Baltimore, where the Freddy Gray riots have been happening. Some reports suggest that the police is staging a protest of sorts because of the Freddie Gray indictments while others say that the police force is stretched too thin trying to manage the situation. In response, Police Commissioner Anthony Batts reassigned officers who had strong connections to West Baltimore to that part of the city.

The Federal Bureau of Investigation was kept busy on Memorial Day as it investigated threats made against multiple flights landing on the East Coast. At least 10 threats were sent to the authorities concerning flights landing in the cities of New Jersey, Newark, New York, Buffalo (New York) and Atlanta (Georgia). All threats were investigated and the planes were thoroughly searched, in case any of them were true.

The first threat was received by the Maryland State Police concerning Air France Flight 22 which was flying to New York’s John F. Kennedy airport from Paris. North American Aerospace Defense Command, or NORAD, sent two F-15 fighter jets to escort the plane over the Atlantic. The passengers were not told about the threat and found out only when they were stopped after deboarding.

A single male caller issued all the threats to local police across the country, claiming that there were chemical weapons on board the airplanes. Some of the other flights were Delta Airlines Flight 69 from London and United Airlines Flight 37 from Scotland.

Kim Kardashian and hubby, Kanye West were celebrating their anniversary through the Memorial Day weekend. It was a time of remembering their wedding, not marred by what was happening in Chicago, Baltimore or the FBI. The couple’s actual anniversary was on May 24, but Kim kept tweeting pictures of the couple through the weekend.

Then we danced all night in the rain pic.twitter.com/4EfZviXKtn

I love this man so much! Happy Anniversary baby! pic.twitter.com/3icubV1aXe

West finally reciprocated on May 25, a day later, with a simple message proclaiming his love for Kim and North West on Twitter.

Kim, I’m so happy to be married to the girl of my dreams… I love you and Nori so much!!! I would find you in any lifetime.

Members of the Kardashian family also remembered the couple’s wedding in Versailles with Khloe Kardashian and Kris Jenner sharing photos on Instagram on Memorial Day weekend. While mother, Kris was happy that Kanye had joined the family and said that he had designed the dress she was wearing in the picture, Khloe said that she had never seen the couple more at peace.

Memorial Day celebrations will also be memorable for Scot Yount but it will have nothing to do with Chicago, Baltimore or the Kardashians. Yount was watching the Memorial Day parade in Marblehead, Massachusetts, when a drone flying over the parade, crashed into a building and landed on his head. The drone operator lost control over it causing it to crash. Yount was left with minor injuries but was grateful that earlier he had passed his one-year-old daughter to his wife.