By Anugya Chitransh on May 13, 2015Comments Off on Tyson Gay Doping Case: Olympic Men’s Sprint Relay Team Stripped of Medal 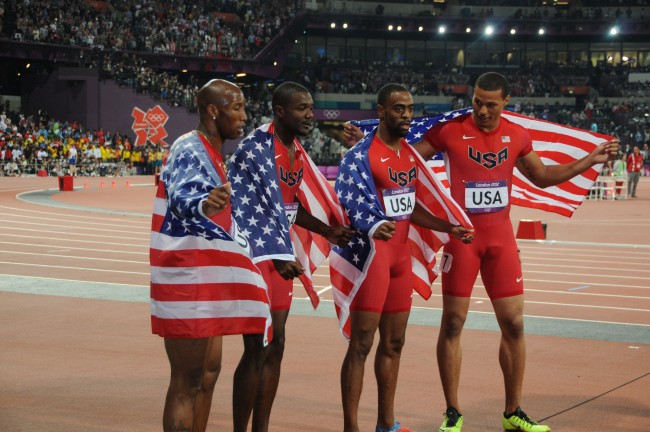 The U.S. men’s sprint relay team which participated in the 2012 London Olympics has been stripped of their silver medal, according to officials who spoke anonymously to the Associated Press. The decision was a result of Tyson Gay’s doping case which started in July 2013.

The decision to strip the entire team has not been officially announced yet, but the U.S. Olympic Committee has been sent a letter that the 4 x 100 men’s relay team has been disqualified. The IOC letter also asks them to collect the medals and return them back.

Gay participated in the 2012 London Olympics men’s relay final along with teammates Trell Kimmons, Ryan Bailey and Justin Gatlin where they came in behind the Jamaican team. The other team members who would also be affected by this are Jeffery Demps and Darvis Patton.

In 2013, it was announced that Gay had tested positive for steroids before the World Championships in Moscow and last year the United States Anti-Doping Agency announced that he would be suspended for a year. He was also stripped him of all the medals he had won since July 15, 2012, the date when he admitted to the first doping incident, and that included the 2012 Olympics. Gay had voluntarily returned his Olympic silver last year and had cooperated with the Anti-Doping Agency’s investigation.

No action had been taken against his teammates till today’s decision. If the medals are reassigned, the Trinidad and Tobago team will get the second place while the third would go to the French team.