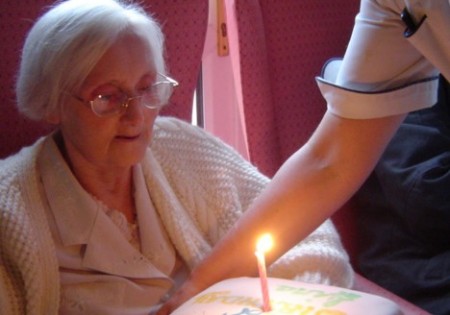 It would be easy to dismiss the fact that women comprise two-thirds of the Americans with Alzheimer’s disease as tied to the fact women tend to live longer than men do. However, a woman has a 1 in 6 change of developing the disease as a senior whereas a man has a 1 in 11 chance. Clearly, regardless of how many in each sex live to old age, Alzheimer’s is disproportionately affecting a greater percentage of women than men. So, scientists are now trying to figure out what puts women at greater risk for the debilitating illness.

The gene that is related to Alzheimer’s is more prevalent in women. Why is it not passed on evenly? Are there biological differences that put woman at extra risk? Developing answers could help with early diagnosis, preventive care and treatments.

“There are enough biological questions pointing to increased risk in women that we need to delve into that and find out why,” explained Maria Carrillo, who serves as the chief science officer for the Alzheimer’s Association. Accordingly, the organization brought 15 leading scientists together recently to try and determine what affects a woman’s risk. They plan to begin funding research this summer.

One theory they are looking at is that menopause may serve as a tipping point that for some reason increases the risk for women. The reality is that many do not show symptoms until their 60s, but they now know that Alzheimer’s actually begins damaging cells up to 20 years before it is diagnosed. Some research is being done on how estrogen helps regulate the brain’s metabolism and produces energy for cognitive function; when estrogen plummets may lead to more cognitive problems for women.

The research team is also hoping to determine why Alzheimer’s gets worse faster for women. Evidence has been seen that once the issue is diagnosed, women show more rapid shrinkage in certain brain areas.

Many scientists believe that the differences are not understood at all. “We really have had a tough time understanding whether or not women really are more affected by the disease, or it’s just that they live longer,” noted Dr. Susan Resnick, from the U.S. National Institutes of Health.

The long-running health study in Framingham, Mass., point out that, while more men die from heart disease when they are middle aged, men who survive past 65 may be healthier and that may provide some brain protection.

Alzheimer’s disease is a growing problem as baby boomers reach the age when the risk for the illness is greatest. By some estimates, without some discovery to help change the disease’s course or a cure, there could be over 16 million living with Alzheimer’s in the U.S. by 2050, and care would cost $1.2 trillion in current dollars besides the emotional toll on the patient’s families.

Many ignore early signs of Alzheimer’s, either in denial or despair. The reality for those dealing with Alzheimer’s is grim, so any research into the disease and why it is affecting a far greater percentage of women than men is progress.

Sources:
Chicago Tribune: New questions about why more women than men have Alzheimer’s
Alz.Org: Women in their 60s twice as likely to develop Alzheimer’s disease over the rest of their lives as they are breast cancer
CBS Atlanta: Scientists Questioning Why More Woman Than Men Have Alzheimer’s