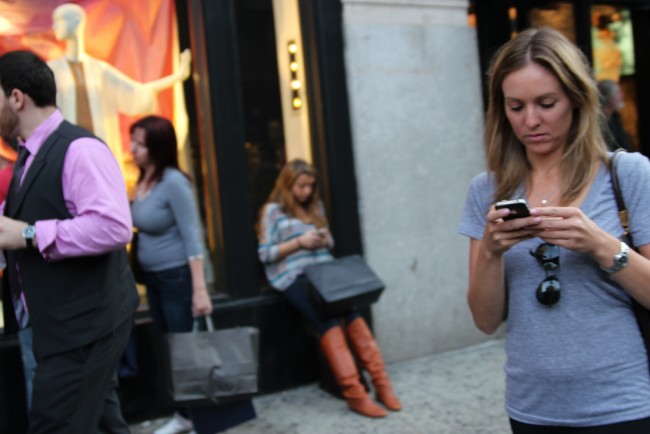 Apple Inc is one of the leading tech brands in the world, and is one of the major corporations which has expanded due in part to record sells and profit. The reason for the company’s success can be attributed to it being a top maker of tech products and computer software. Although it must compete with Google, a company that has also built a solid reputation on creating innovative products, Apple Inc is steadily taking over. A company such as Apple Inc, owes much of its success to one device; this being the iPhone, a single creation that would help to expand the company popularity, and has become a valued item amongst customers earning millions of dollars each year.

The internet and social media are more reasons why the company continues to flourish, due to so many young people who own iPhones, and have thus started a cultural movement. Music is a huge aspect of their lives, which they can have access to because of iTunes, and is one of example of how Apple Inc is not only known for selling mobile phones but has many features. With a net worth of seven hundred billion dollars, it is no wonder that the company is considered the most valuable brands in the world, alongside other big names such as Facebook and Google.

In this technological age, cell phones and mobile devices have become a thing of importance. The success of Apple Inc, and it being one of the largest tech companies in the world is a further indication that technology is changing business and corporate America; because so many of Apple’s products are made overseas, there are fewer jobs in the U.S.

When the company  first unveiled their iPhone in 2007, prior to it being available in stores, the company would make design changes to its screen which would rush production. The time it took for the design changes to be made was speedy quick and impressive, and is something that is hard for American factories to replicate.

Some have been critical that Apple jobs are outsourced, and that there are not enough jobs for American workers. In comparison to economies around the world, some say that places like China have benefited from the fact that Apple that manufactures its products overseas, while America trails behind. The argument for this is that engineers are not trained enough in America to do these jobs. Some have said that if Apple were to bring more jobs to America, the company would still be successful; however, the cost to make these phones may be cheaper in China and the fact that it takes a short amount time to make these products may be one of the reasons why the company continues to outsource its jobs overseas.

In the long run, whether Apple success effect on the economy will be negative seems hard to tell. Although the economy would benefit more if jobs were more readily available, it seems unlikely that Apple will change the way it makes its products because China and many other Asian countries keep the company both afloat and on top. One of the company’s manufacturers, Foxconn, runs its factory with efficiency. Their employees work an assembly line that is like a well-oiled machine: there is a system that allows the factory to operate.

Apple Inc., being one of the largest companies in the world, has made millions in selling iPhones, an invention which has changed the way people communicate and download music. With the inordinate amount of contributions the company and its founders have made to the tech industry, it seems plausible to think this will translate into something positive for the American people. However; it has only made more people be critical of the company, and made them feel that there is a deeper reason for why their products are only made overseas.

In order for something as complex and high-tech as an iPhone to be fully functional and ready for purchase, it had to be perfect. For this to happen, the company needed a labor force capable of producing top quality products in a short amount of time, something that may not have been possible with American factories.

As Apple Inc. continues to grow and keep its title as the leading brand in the computing industry, it will still be subject to criticism for the way it operates; though it is based in California, the company does most of its manufacturing through China. Apple Inc., through its wide range of innovative products, has had an impact on the world. The company has come a long way since its creation of the iPhone, an event that would mark a new chapter for the tech industry. Apple Inc remains ahead of the game, in spite of the aforementioned criticism it gets.

NYTimes: How the U.S. lost out on IPhone work

2 Responses to "Apple Inc. Flourishes and Takes Over"