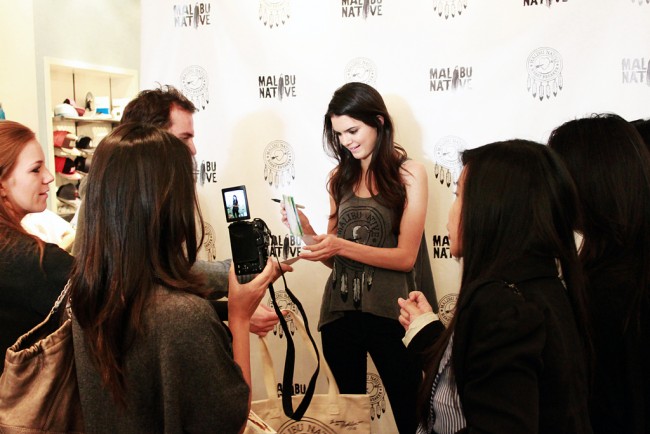 Kendall Jenner is said to have been left disappointed in Chris Brown’s disrespectful comment towards her dad Caitlyn Jenner, after having slammed the former athlete by calling him a “science project.” The model, who is known to have become good pals with the R&B singer, was far from amused with the comments Brown had made via social media. Jenner was quick to defend her dad over Brown’s sex change insult.

According to insiders, Brown has somewhat been considered a family friend to the Kardashian household, seeing that the singer is best friends with Kylie’s boyfriend, Tyga. Everybody literally knows each other, but following the shade that was thrown her father’s way, the 19-year-old is said to have decided to keep her distance from Rihanna’s ex, feeling somewhat betrayed by the hurtful remarks that were made about her dad.

She was overcome with emotions when the family began shooting the Keeping Up With the Kardashian special, focusing on the 65-year-old’s gender reassignment. The Calvin Klein model was very vocal when saying that the only thing that can potentially hurt her feelings are comments from the public who are quick to judge other people and how they choose to live their lives. Having stressed that she is fine with her father becoming a woman, Jenner revealed that seeing her dad be exposed to negativity would anger her.

But now that Jenner has seen Brown diss her father, she is reportedly staying away from the Fine China hitmaker, telling people in her circle that she cannot surround herself with people that have two different personalities. Despite the fact that Jenner and Brown were said to have gotten really close over the last couple of months, the 19-year-old does not appreciate the fact that her father is being named as a “science project,” knowing how hard it was for the Olympic champion to come out and reveal his true identity. Jenner defended her dad, having felt that Brown’s sex change insults were highly inappropriate.

“Because he’s a family friend, Kendall felt that Brown should’ve been a little more understanding. She thought that he’d let himself and her friends down,” an insider tells HollywoodLife exclusively. Her 17-year-old sister had already defended their father on Instagram, writing on Brown’s Instagram page that the comments were “not very nice,” which reportedly prompted the singer to take down the meme in which the comment was made in.

Despite having taken the post down, in which he infamously slammed Jenner’s father for no reason whatsoever, it is unclear — and unlikely — that Brown would have apologized for his actions. The 26-year-old  is said to have struggled with his recent break-up to Karrueche Tran, and may be using the couple’s separation as an excuse for his inexcusable behaviour. It is very unlikely that the Topshop clothing designer will forgive Brown for calling her father a “science project” now that she has already decided to distance herself from the musician. Jenner defending her dad over Brown’s sex change insults has made her realize she may need reconsider who her real friends are.