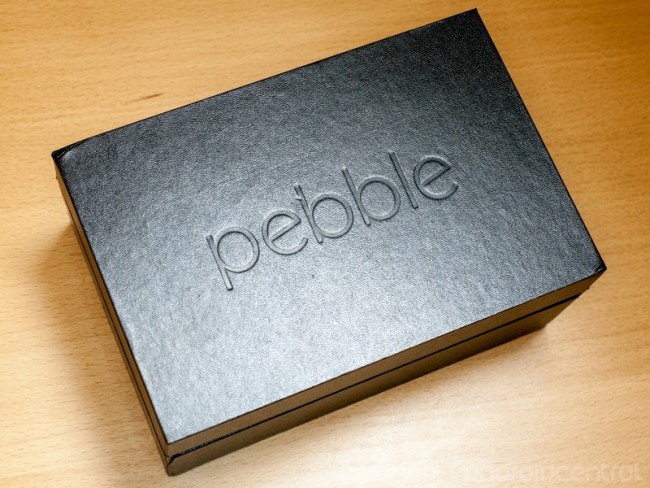 After Pebble asked its supporters to nudge Apple Inc. they have convinced Apple to add its new smartwatch apps to the App Store. Pebble posted an update on its Kickstarter page June 5, announcing that Pebble Time Watch for the iPhone is now live in the iTunes App Store. Also, Pebble thanked its supporters for telling Apple Inc. that they wanted to have access to Pebble apps.

Currently, there are one million Pebble users, fans, and developers within the Pebble community. Pebble made the request for its iOS-using fans to reach out to Apple Inc. because it appeared that the tech giant was not going to put Pebble’s smartwatch management apps in the App Store, which would have rendered the Pebble Time smartwatch useless. Neither Apple Inc. nor Pebble have responded to questions concerning the reasons for the delay.

Pebble had even suggested that iPhone users borrow an Android phone to set up their smartwatch with basic faces and apps that do not require a smartphone connection. However, once Apple gave the approval for Pebble apps to be added to the iTunes App Store, Pebble responded quickly with appreciation.

Pebble thanked Apple for acknowledging those who enjoy their Pebble Time watches and Apple devices. Apple’s attention to the Pebble community means iOS Pebble users who have iPhones can have their Kickstarter rewards and the company’s compatible apps. Pebble is glad that Apple Inc. is part of the Pebble journey now, and in the future.

However, this is not the first time Apple Inc. has rejected or delayed the Pebble apps for the App Store. It was reported by ReadWrite in April that an update to a Pebble-compatible app had been rejected by Apple. Before April, Apple and Pebble were peacefully co-existing in the App Store. However, the release of the Apple Watch now makes the two competitors.

An app developer named Steve wrote his frustrations in the Pebble developer forums. He said that Apple rejected his latest SeaNav US update. This app is compatible with both Pebble 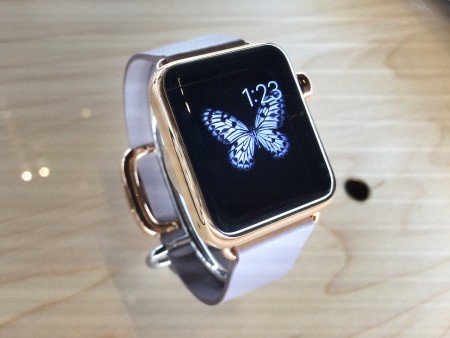 Time and Apple Watch and was designed to plot boat routes. Steve said that his update was rejected by Apple Inc. because he mentioned Pebble in the update’s metadata. Steve was unavailable for comment to ReadWrite.

The notice of rejection cited a rule from four years ago in the Apple developer guidelines. The rule clearly states that metadata and apps that mention the name of another mobile platform will be denied. The rejection for the SeaNav US specifically said, “We noticed that your app or its metadata contains irrelevant platform information in the app. Providing future platform compatibility plans or other platform references is not appropriate for the App Store. Specifically, your app and app description declare support for the Pebble Smartwatch.”

However, SeaNav US has given Pebble support in the App Store for two years. It was on the eve of the release of the Apple Watch that the Pebble update was rejected. Steve said that he would upload the update in the App Store to specifically add support for the Apple Watch. Also, it was brought up in the discussion forum that Pebble is not a mobile platform. It is considered an accessory, like other fitness trackers. Apple Inc. Support replied to Steve’s appeal with the suggestion that he simply remove the mention of Pebble in the metadata. This action would keep App Store users from being aware that SeaNav US supports Pebble, negating the point. After the story was released to the public, a spokesperson from Apple told Business Insider that there was not a policy against Pebble apps.

A Pebble app developer was rejected again in May. Apple Inc. has rejected the Pebble app Swim.com Pebble Uploader. The app is similar to Strava for swimming. The developer, Davis Wuolle, states that the app logs the number of strokes taken by a Pebble Time wearing swimmer. The app also tracks lap times, distance, and the pace of the swimmer. In order to store the workout files, the app uses Pebble Data Logging API. Pebble Time wearers can use the Pebble Uploader to simply beam the data to their Swim.com account.

Wuolle’s app was approved in October after having to handle some issues. The app was rejected multiple times. Wuolle believes that the App Store’s resolution center did not have an understanding of what the new app did. Apple Inc. had issues with the metadata. Developer Wuolle and his team cleaned up the metadata and were able to fix a few bugs, but it had to be resubmitted three to four times before Apple accepted the app.

Wuolle said that he had explained the uploader’s function to the resolution center and then it seemed that the app was understood and approved. After that, updates for the app went through smoothly. Then Wuolle submitted an update that had a pop-up notification, letting users know that the Uploader would be discontinued due to the new Swim.com iOS app. This new app would support a wider variety of wearables including the Garmin, Pebble, and the Poolmate Watch.

The update was submitted to Apple Inc. April 27, just a few days after Apple made it known that it was not specifically rejecting Pebble apps. The app was rejected for mentioning “irrelevant platform information in its App Name.”

Wuolle and his team appealed to the resolution center telling them that the app name describes what the app was designed to do. He also noted that the name, Swim.com Pebble Uploader has been the app’s name since its inception in October and the only change in the app was the addition of the pop-up.

The Pebble Uploader was a simple and temporary solution until Swim.com’s iOS app was completed. Wuolle has a positive outlook on the future of Swim.com and Apple Inc., and hopes it will have a presence on an Apple wearable eventually. He said that Pebble is happy for Apple’s release of their wearable and also pointed out that the Apple Watch is not waterproof enough to swim with at this point. Nevertheless, Wuolle says the goal for Swim.com is to support all wearables and not be exclusive to anyone, but swimmers.

In May, Apple Inc. once again sat on the updates for Pebble Time apps. iPhone-using Pebble customers would not be apple to connect to their smartphones without the app. This action is what prompted Pebble to reach out to their iPhone customers asking them to push Apple to approve the smartwatch management app.

Apple Inc. approved the Pebble Time Watch management app May 18 and the update to the app was rejected on May 22. Pebble resubmitted the app. Customers of Pebble cannot use the earlier version due to the way Apple operates the App Store. Both the rejection and the hold-up are mysteries.

Apple had also held onto an update to the original Pebble app from April 21. After 40 days of waiting for Apple Inc. to respond, Pebble encouraged its users and backers to ask Apple, through the App Store support page, Twitter, and Facebook, to get the apps approved.

The Pebble apps that had been previously rejected by Apple have been overturned. Also, an Apple spokesperson stated that the rejections were made in error. 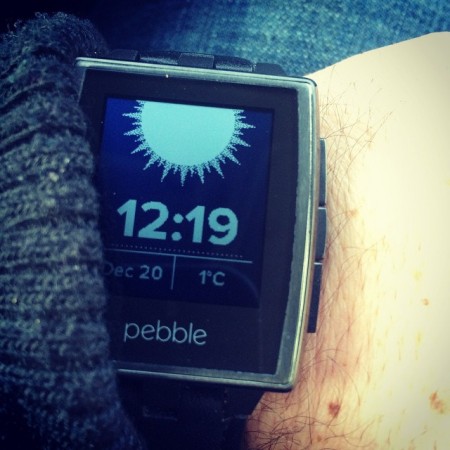 Eric Migicovsky is the founder and CEO of Pebble. At the Wearable World Congress in San Francisco that was held in May, Migicovsky criticized large tech companies, such as Apple Inc. for their closed environment that suffocates the creativity and innovation for the little companies, like Pebble.

According to Migicovsky, this is a time for the large tech mobile companies to maintain an open and fair environment that clears the way for new developers who want to build onto these platforms. The App Store gives Apple a lot of power over app companies like Pebble. However, Apple Inc. would not dream of blocking other apps, such as Misfit, Jawbone or Fitbit, even though they make products that are in direct competition with the Apple Watch.

These comments were made May 19, the day after Apple approved the original Pebble Time Watch app. At this time, Apple Inc. was acting the way Migicovsky believed they should. All of the Pebble apps have been released into Apple’s App Store and are available for download.

One Response to "Apple Inc. Approves Pebble for the App Store"