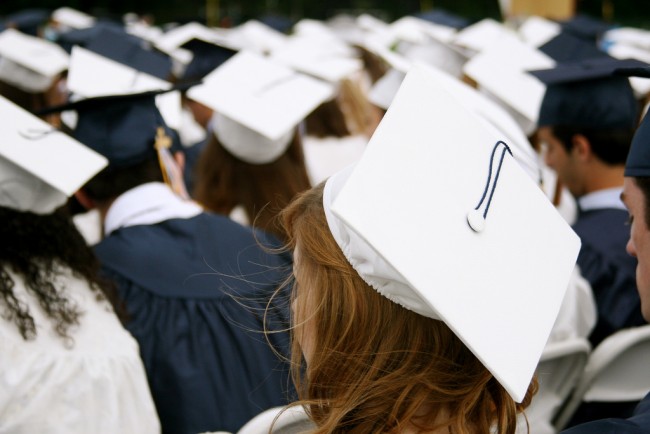 Graduation, at time for celebration, but as with everything lately even this joyous day can cause controversy. This years graduation ceremonies were marred with controversy over audience members applauding, over valedictorians giving speeches on sexuality and over graduates expressing their freedom of religion.

In California a Native American student sued his school district for not allowing him to wear an eagle feather attached to his cap at his graduation. The feather is a sacred symbol to the Pit River Tribe, it is also a symbol of an accomplishment. Christian Titman wanted to wear the five-inch feather his father gave him to honor his Native-American roots, and to mark his graduation from high school. The Clovis Unified District denied him the ability to do so, in a letter from Superintendent Janet Young addressed to Titman’s lawyer she explained the denial was based on the dress code the district has. The strict dress code is based on respect for the graduates, to avoid disrupting the ceremony, and to create unity among the graduates. The school has denied students from wearing necklaces, rosaries, and leis in previous years, and their dress code is neutral to any religion.

The California state constitution guarantees the free exercise and enjoyment of  religion but not at the expense of safety and peace or if the expression of religion could lead to actions that are amoral. Titman sued the school district under the CA constitution not the US constitution. Titman wearing a feather would cause none of the actions that the CA constitution allows to prevent expression of religion. A judge on Tuesday June 2, suggested that both parties in the lawsuit try to reach a resolution on the matter. On the evening of June 2 both parties reached an agreement allowing  Titman to wear the feather on his cap. A spokes person for American Civil Liberty Union who was one the groups representing Titman had no further comment on the case.

Meanwhile in other graduation ceremonies in the country, freedom of religion was not the issue but applauding for graduates or speeches on sexuality did cause controversy. In Mississippi at Senatobia Municipal School District graduation, four parents were not only ejected from the ceremony for cheering family members who were graduating, but they later received papers in the mail informing them that Superintendent Jay Foster has filed disturbing the peace charges against them. Officers issued warrants for their arrest with a possible $500 bond. Henry Walker one of those charged said the charges are ridiculous. Jay Foster disagrees, though he refused to give an on camera interview, the superintendent says he is determined to have order at graduation ceremonies, and that the parent were notified before graduation that applause before the end of the ceremony would result in them being removed.

Other schools around the nation also punished people for cheering for their loved ones. In Florence South Carolina, Sharon Cooper a proud mother of graduate Iesha Cooper was handcuffed and removed from the ceremony for cheering for her daughter. Pamela Little-McDaniel a spokesperson from the school said parents were made aware of the consequences for cheering during the ceremony. That with multiple schools graduating together there was a need to make sure every parent was able to hear their child’s name being called. In Mount Healthy, Ohio, Anthony Cornist a graduating senior was denied a diploma due to audience members cheering for him to loudly as he crossed the stage. In order to receive his diploma, he or family members must complete 20 hours of community service. Cornist and his family are upset because Cornist is being punished for something he had no control over. Mount Healthy high school could not be reached for comment. 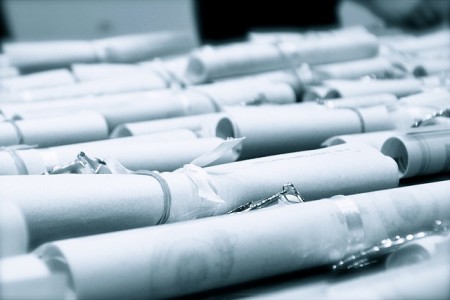 In Tennessee 20 students had their diplomas withheld for decorating their graduation caps. Student were warned that they were not allowed to decorated their caps and that there would be consequences for doing so, but many student felt that since the caps were theirs they should be able to do whatever they wanted with them. The student have to complete twenty hours of community service to receive their diplomas.

In the small graduating class of 30 at Twin Peaks Charter Academy high school in Longmont, Colorado, a valedictorian was denied his chance to speak in front of his graduating class due to him expressing his sexuality. He had planned to come out to his class and family in his valedictorian speech at his graduation on May 16. Moments before the ceremony his parents were told that their son Evan Young’s speech would be canceled due to the fact that he was announcing that he was gay. To add to the controversy his parents had not been told by Young that he is gay.

Young had been told earlier by his Principal PJ Buchmann, to remove from his speech the parts were he disclosed that he was gay, but Young felt that those parts were important to the speech. He wrote a hand written letter to the principal and school administrations about the reasons he felt his speech was important as it was written and that he would not change the speech as the school had requested.

Buchmann then contacted Don Young, Evan’s father and a former school board member in hopes of having him speak with his son about the speech, but unbeknownst to the principal Mr. Young did not know of his son’s sexuality. Evan is understandably upset that he was outed by the school principal as he wanted to inform his parents in a way that he felt comfortable with. Thankfully his parents were accepting of the situation.

Minutes before the ceremony Evan and his parents were notified that the school was canceling Evan participation in the ceremony. No mention of his achievements were made at the graduation, he was not even recognized for his top honors as student.

Twin Peaks released a statement saying the Supreme Court has ruled in favor of schools having authority of editorial control over content, activities, style, and communications at school-sponsored events. The school says the speech was not cancelled because Young is gay but that it was cancelled because he was using the opportunity to inject his own personal agenda into the speech. Though Young was unable to give his speech he has received an outpouring of support.

This years graduations were marred by controversy, and while many celebrated the fact that some schools have allowed the freedom of expression of religion in ceremonies, others feel that limiting the expression of audience members’ applause and valedictorians expressing their sexuality is a step back. Social media allows these stories to be told to a very wide audience and schools are receiving backlash for what many feel is an overstepping of authority.