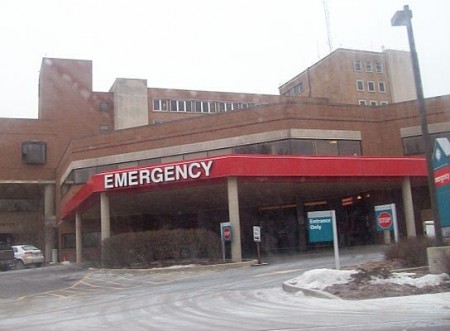 At first, opponents of the Affordable Care Act (ACA) claimed it would ruin the insurance industry and result in exorbitant health insurance premiums. Instead, one thing that is happening is a large consolidation of health insurers. This surge of health insurers seeking mergers can be interpreted different ways, but clearly the pieces are moving on the corporate chess boards are part of a general feeling uneasiness while awaiting a ruling by the U.S. Supreme Court that could strike down parts of the ACA.

The latest consolidation wave hitting the health insurance industry involves a variety of players that could be playing a game for survival of the fittest or just a version of chess hoping to be the last king on the board. Anthem Inc. is playing a major role in the current game, with Cigna Corp, Humana Inc., Aetna and others, and the moving pieces.

In the meantime, the Supreme Court is expected to rule any day now. At issue is whether the health care subsidies and federal insurance exchange that handled ACA plan sales in many states are constitutional. The legal issue concerns states where the federal government, not state authorities, operates the health insurance exchanges. The ACA provides purchasers with tax credits, based on their family income, age and number of people, to help make their premiums affordable. However, the ACA specifically discusses tax credits offered through an “exchange established by the state.”

A strict interpretation of the actual ACA wording makes the tax subsidies that enable many to afford insurance available only in the states that established their own exchange. The subsidies given to people in 2014 and 2015 in about three-fourths of the states that would up participating in the federal marketplace (HealthCare.gov) could be eliminated, which could cause major chaos in the insurance and health care marketplaces.

On the merger front, the Wall Street Journal reported today that Anthem made a bid for Cigna, currently the fifth-largest U.S. health insurance company based on enrollment. Anthem, which is the largest for-profit health insurer in California and operates in 14 states, had already been named as a possible bidder for Humana, which is the second largest firm nationally in the Medicare Advantage area.

Aetna reportedly is also interested in purchasing Cigna. UnitedHealth Group Inc. is supposedly interested in acquiring either Cigna or Aetna. Cigna has also been rumored to have approached Humana about a deal.

Other players in merger mania include Blue Shield, which is trying to acquire Care1st. Smaller firms like HealthNet Inc. and Molina Healthcare Inc. are also names being tossed around.

An adverse Supreme Court ruling could negate or lead to revisions in the ACA that could impact those new policyholders health insurers got so, while awaiting the decision this month, those seeking mergers have got to be feeling uneasy (or trying to shore up other business, like Medicare clients, just in case). In some states, the majority of policyholders enrolled through the exchanges received some sort of tax credit. So, the impact could be unprecedented. Either way, if the court upholds the way the ACA was implemented or rejects it, there could be a huge impact on next year’s Presidential election.