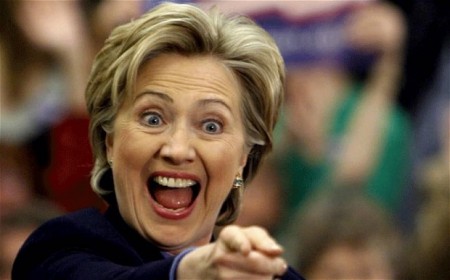 Hillary Rodham Clinton has an apparent fixation for sweet dough, and she has a secret recipe for it. The Former U.S. Secretary of State is running for the office of United States President in 2016. Revelations, disclosures, scandals, nothing seems to be stopping her from winning the nomination from the Democrats for the upcoming elections. Allegations of conflict of interest, having a secret server for exchanging emails on a regular basis, not disclosing the evidence demanded by a subpoena from congressional committee and going as far as deleting those emails from her server have had little or no effect on her popularity among the Democrat voters.

The Clinton Foundation was established in 2001 by the Former President of the United States, Bill Clinton, to provide humanitarian aid worldwide. What has recently been revealed does not only contradict what the whole foundation stands for, it is also a disgrace to the principle of human dignity.

One such instance of the humiliation of humanitarianism work carried out by Clinton’s charity, which has been reported, involves an anti-gay church in central Africa. Located in a poverty-stricken country, the Cameroon Baptist Convention (CBC), contributed as much as $10 million to the Clinton Foundation. News agencies have reported extensively about the fact that the CBC believes that homosexuality represents Satan and that being gay goes against God’s plan.

The Clinton Foundation also received one of its biggest donations from a Swedish government-sanctioned lottery. While Sweden was hustling to coax Clinton’s State Department to not sanction the big national firms who do business with Iran, her foundation accumulated $26 million in donations. The outcome was that no Swedish firms were sanctioned.

Additionally, Clinton’s State Department allowed the handover of 20 percent of the U.S. uranium to the Government of Russia, as her foundation raked in $145 million from financiers of the transfer. At the same time, her husband received a hefty sum of $500,000 from a bank based in Kremlin for one speech in Moscow, Russia. She also violated the memorandum of understanding under the Obama administration that she signed promising to disclose all donors. This includes Ian Telfer, the Foreign Head of Uranium One, a mining company owned by the Government of Russia. Telfer is the donor who filtered a total of $2.35 million in donations to the Clinton Foundation. 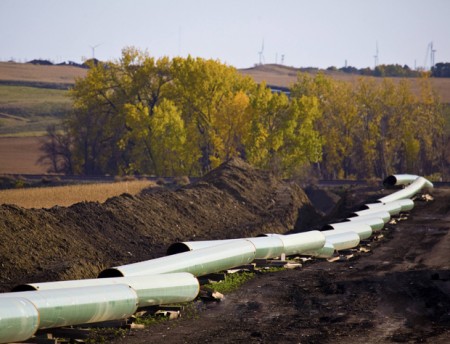 In 2014 and 2015, Mrs. Clinton received $1.6 million for eight speeches, paid for by two of the biggest banks tied to the Keystone XL pipeline. Yet, she has failed to explain how there was no conflict of interest in permitting the prime investors in the Keystone XL pipeline to compensate her husband with $1.8 million to deliver 10 speeches. During her entire time in office as the Secretary of State, she has been pushing an environmental impact study that proved to be greatly supportive of the pipeline. This is the open secret about Clinton’s love for the sweet dough and its recipe.

Many more skeletons in the closet are now tumbling out. Details have not yet been revealed about the 2 million shares of stock that the Clinton Foundation received from Stephen Dattels, a mining magnate from West Africa. Dattles’ organization named Polo Resources, has a stake in a ‘open pit coal mining’ project in Bangladesh which was allowed by Clinton’s State Department.

The mystery behind the U.S. government’s delay in designating Nigeria’s militant outfit, Boko Haram, as a ‘terrorist organization’ is yet to be unraveled. Clinton’s State Department had refused to place Boko Haram on the terrorist watch list. Some sections are now hinting that it might have connections to the donations made by a Nigerian company named Chagoury Group to the Clinton Foundation. While the secret recipe for Clinton’s fixation for sweet dough is out, investigation to scrutinize every single transaction being carried out under the façade of a charitable foundation is still pending. This article is the first in a series of investigative reports about the deceitful, corrupt, and absolute arbitrary ways of functioning of Hillary Rodham Clinton.

(Please watch this space for Part 2 of the series)