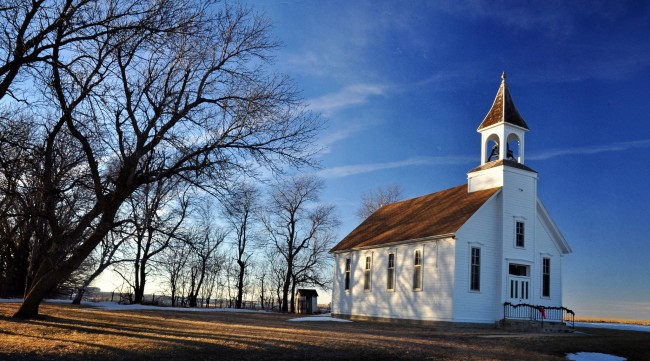 A new church has opened in Indian. The First Church of Cannabis is a new church in Indiana and marijuana is a major part of their ideology with a belief that smoking the plant shall brings members closer to God and to each other.

The formation of the church, according to the leader Bill Levin who calls himself the grand “poobah,” was in response to Indiana’s Religious Freedom Restoration Act (RFRA). The law created early this year prevents the government from burdening anyone’s right to exercise his or her’s religion. The bill has caused controversy among LGBT groups who claim the bill will allow businesses to discriminate against people based on their sexual orientation. Levin who protested the bill decided to use it to his advantage when the bill passed. Levin said the bill provided the foundation for his new religion to grow.

Membership into the church does come with a small price tag, it cost $50.40 for a one-year membership of which about 700 people have joined.  Members of the church are called “Cannabiterians.” According to the church they smoke marijuana, which they consider a sacred plant, to become closer to one another and to themselves.

The church has its own version of the Ten Commandments that it calls the Deity Dozen, like the commandments these rules are guidelines for living a good life. Most of tenants have very little to do with marijuana, except for the last tenant which talks about how smoking what they call a healing plant brings people closer together and closer to themselves. The Church of Cannabis does not speak of an actual deity, but one can interpret that the last commandment, though it does not come out and say directly that smoking marijuana shall bring members closer to God, many may see it that way. Not surprisingly many religions have used natural substances that alter the mind to find a deeper connection to God or a creator. This church is putting a different spin on that, and instead using smoking marijuana as a sacrament to connect with society instead of a deity, making membership attractive to both the faithful, who have been disappointed with more traditional religious institutions and to atheist who may be looking for a way to connect with people and enjoy fellowship.

Some have accused Levin of making a mockery of religion by forming the church, but overall the response has been positive, with almost $20 thousand being raised since Levin announced that the IRS had granted them a 501 (c) (3) status. Designated as a nonprofit people can deduct donations to the church they itemize on federal tax returns and it exempts the church from paying property taxes in Indiana.

The church’s first service will be held on July 1, the same day the RFRA goes into effect. Service will begin at 12:01 p.m, at a modest building at 3400 S. Rural St. on Indianapolis’ Eastside.. According to Levin the service will open with a young member playing  Amazing Grace on the harmonica. Three more songs will be played by the church’s music director and band. After music Levin will then speak on the seven themes that the church consider part of its core: love, live, learn, create, laugh, teach, and grow.  Afterwards members will recite the Deity Dozen and finally the congregation will take part in the sacrament of smoking marijuana together. 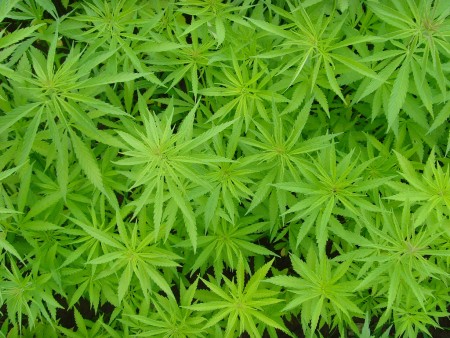 Marijuana is still illegal in Indiana, and though Levin thinks that due to the RFRA authorities will leave him and his church alone, and that at the most he might receive a fine, not everyone agrees.  A  law professor at Indiana University, Daniel O. Conkle says that it is very unlikely that the congregation will not face consequences if they smoke marijuana at the church.

The church, if charged with possession of an illegal substance, would have to show in a court of law that the use of marijuana is due to a real religious belief and not just some excuse to get high in order to qualify for protection of religious freedom under the RFRA. With the formation of the church being so new and the fact the Levin has admitted that the church was formed in response to the RFRA that may be difficult to prove.  The government may still be able to argue against the church’s use of marijuana even if Levin and his members are able to prove their church is legitimate. Unlike peyote, marijuana has a large illegal market and broad nonreligious use. Conkle believes that the church stands on very shaky legal grounds.

The Church of Cannabis and the idea that smoking marijuana shall bring its members closer to God, or to each other may be a huge success or it could go down in flames. July 1, at its first service the media and advocates for marijuana legalization will be watching to see how the state of Indiana deals with the church. Levin says the church will be like any other church, and the congregation will celebrate compassion, love, good health and life. It remains to be seen if the state of Indiana will see it that way.

Indy Star: Tully: At the Cannabis Church it is Smoke, Love