Floyd Mayweather Jr. Loses the War After Winning the Battle of the Century Against Manny Pacquiao 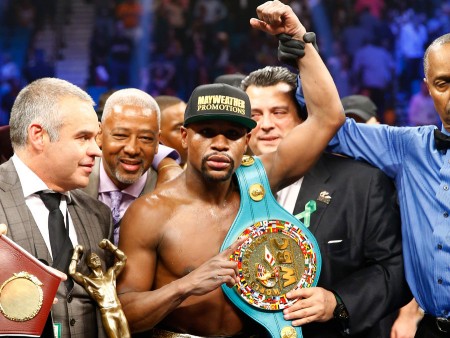 Floyd Mayweather Jr. has apparently lost the war after winning the battle of the century against Manny Pacquiao. The World Boxing Organization (WBO) has decided to strip the arguably best pound-for-pound boxing champion in the world, Mayweather Jr., of his welterweight world title. The decision was made Monday July 6, 2015, when it was concluded that there was a lot more that ‘Money-May’ had to do for holding on to the WBO 147-pound boxing championship belt, than simply defeating Pacquiao. The WBO evaluated that he had failed to comply with the rules laid down by the organization for classifying divisions.

Mayweather Jr. had seized the WBO welterweight title when he outplayed and outclassed Pacquiao in a 147-pound unification fight which smashed all the previously held financial records for a single fight. The boxing match made record gross earnings through closed circuit revenue, sponsorships, live gate collections, pay-per-view subscriptions, and foreign television rights sales. The match which was slated to be the fight of the century, was scheduled on May 2, 2015, and though the fight between the two the highest paid athletes in the world did not live up to the expectations for many enthusiasts, Mayweather Jr. was announced the winner.

Mayweather Jr. presently holds two more alphabet welterweight world titles, and he was supposed to part with the other two junior middleweight titles that he possesses. He was also supposed to pay a sanctioning fee of $200,000 from his fight against Pacquiao from which he made more than $220 million. The deadline for this was Friday July 3 at 4:30 p.m. ET, which has now lapsed and has resulted in Mayweather Jr. losing the war after winning the battle of the century against Pacquiao.

It has been reported that the WBO welterweight title which Mayweather Jr. won by defeating Pacquiao has been taken back because he failed to abide by the rules set by the organization. The WBO mentioned in its resolution which was made public on Monday July 6, that the world championship committee was left with no other option than to strip Mayweather Jr. of the title of WBO welterweight champion of the world. He has failed to adhere to the rules and regulations laid down by the organization for world boxing championship contests.

It is completely absurd and against the rules of sanctioning organizations for boxers to possess world championship titles in many different weight classes. These rules were broken and circumvented by the WBC and WBA when they allowed Mayweather Jr. to hold multiple weight class world titles. However, the WBO has now upheld its regulations and has acted on it by taking away the welterweight championship which he won against Pacquiao. 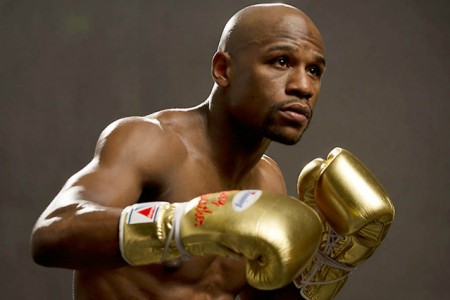 10 days is the normal time-frame which is given to a fighter to decide which weight class he would like to continue to fight in and hold the title for, in case he wins in a different weight division. Mayweather Jr. was given a long rope by allowing him two months to decide and vacate the titles before the WBO decided to take action against him. Once the deadline lapsed, WBO escalated it to the championship committee and a vote on Monday sealed Mayweather Jr.’s fate when the committee decided to take the belt away from him.

It was also stated by the WBO in its resolution that the organization has the utmost respect for Mayweather Jr. and his accomplishments during his career. It was also mentioned that world championships have their responsibilities as well as privileges and every boxer in the position of the title holder of WBO championship is bound to comply with the regulations of the WBO. However, the record of 48-0 held by Money-May would not be affected by this action taken by the WBO. Pacquiao will not be handed the title belt and the position for now, would remain vacant. It does seem like Mayweather Jr. has lost the war after winning the battle of the century against Pacquiao. However, this could all be a long set-up for a rematch between the two fighters as all kinds of rumors are doing the rounds in boxing circles at the moment.

Floyd Mayweather Jr. Loses the War After Winning the Battle of the Century Against Manny Pacquiao added by Ankur Sinha on July 6, 2015
View all posts by Ankur Sinha →

One Response to "Floyd Mayweather Jr. Loses the War After Winning the Battle of the Century Against Manny Pacquiao"