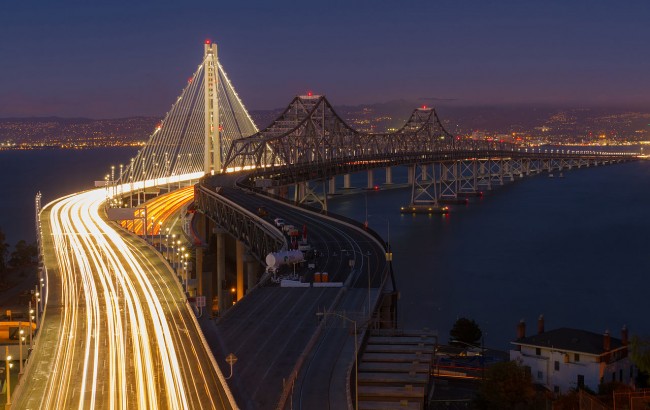 The Hayward Fault Zone derived its name from the city of Hayward in the San Francisco Bay Area. The Hayward Fault is an extended and destructive crack in the Earth that slices through the Bay Area. Moreover, the fault branches out to merge with the Calaveras Fault, which is located to the east of San José. If both faults were to rupture at the same time, a significant catastrophic earthquake could result. Hence, people living in the Hayward Fault Zone need to be prepared for the worst. The government, both federal and local, have prepared for just such a massive earthquake in many ways.

The Use of Interferometric Synthetic Aperture RADAR (InSAR) Technology
Geologists in the Bay Area and on the International Space Station (ISS) incorporated InSAR technology to keep a close watch over the entire Hayward Fault Zone, since it rests right in the center of the Bay Area. They keep track of the shifts and movements of this fault from ISS and on the ground, using the data obtained to advise agencies such as housing authorities, city councils and schools on where to build and where to avoid building. Moreover, danger areas or high stress zones identified by geologists are closed to the public and to construction, even though the chance is slim that a large earthquake of a magnitude of 6.7 or higher will hit the San Francisco Bay Area anytime soon.

Earthquake Readiness
Whether a massive earthquake will strike the Bay Area or not, earthquake readiness is the key to survival. One should take action to know one’s surroundings, whether it is their home, workplace, public area or school. In the unlikely event of an earthquake, the location of emergency routes, the transportation system and nearby hospitals should be marked out to reduce casualty and loss of life. Moreover, emergency drills have trained people living in the Hayward Fault zone to stock up on special rations, such as food, water, a power source and blankets, for at least three days in the event help cannot arrive in a timely fashion. Moreover, the hospitals and public are trained to help the most vulnerable first before helping others.

Damage Prevention
Since the early 1920s, the government and local builders have designed buildings to withstand earthquakes and to minimize damage they may cause. The bravery of mankind speaks for itself in the buildings and state-of-the-art architecture that architects have designed within the Hayward Fault Zone. The fault slices along the base of the Berkeley Hills and directly through the University of California. When the football stadium at California’s main university was sketched, the architects stepped over the imperfection that stood in their way. Earthquake science was relatively new back then; therefore, the architects studied the fault’s movement pattern and erected the stadium in two parts. The two sections fit together like two pieces of a puzzle; somewhat shaped like a coffee bean and with a line, the Hayward fault, basically dividing the construction. Hence, the split half of the stadium can move irrespective of the other half, and ride a shifting crust without sweating.

Furthermore, the buildings that are at risk have been strengthened to lower damage and controlled occupancy has been enforced to minimize the danger. Additionally, the housing and shelters are kept ready in the event of the inevitable.

To wrap it all up, the cost of any damage that occurs due to an earthquake in the Hayward Fault Zone will be astounding. However, the government and the financial institutions have set aside funds to cover the damage costs. Earthquake readiness is the key to survival.