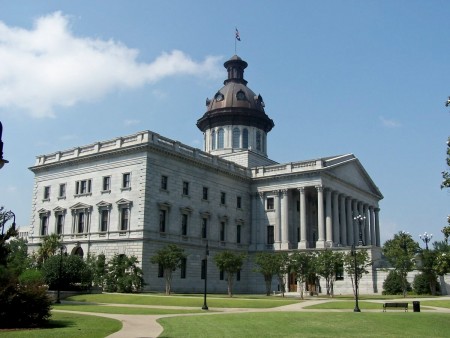 On Thursday, July 9, 2015, South Carolina Governor Nikki Haley signed the bill to remove all Confederate flags from state grounds. Earlier today, House Democrats were on Capitol Hill discussing the ongoing debate regarding the flag’s place on state grounds and its sharply declining public image following the Charleston massacre on June 17, 2015.

Before Haley spoke, hundreds of state and local lawmakers, citizens, and press media filled the building. Dozens of AME churchgoers lined the back of the of the stage, shaking hands with South Carolina lawmakers. After a short speech, she then addressed the crowd and stated the bill will be signed.

Earlier today, Representative John Lewis (D-GA) stated, “There’s not any room, not any room on federal property for the display of the Confederate battle flag.” From the other side of the political aisle, House Speaker John Boehner (R-OH) stated during a mid-day press conference that, “he does not personally believe Confederate flags should be at federal cemeteries.”