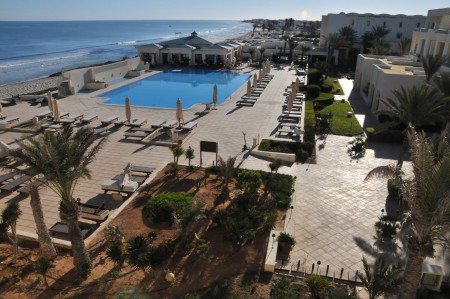 On June 26, according to the Times of India, Saif Al-Deen Al Rezgui was relaxing with others and enjoying the Mediterranean heat at the Imperial Marhaba resort in Sousse, Tunisia. Casually, Al Rezgui pulled an AK-47 out of his beach umbrella and began a bloody massacre, opening fire on the sunbathers. Al Rezgui murdered 38 people in the bloody massacre and wounded at least 39 others. The attack was the worst in the modern history of Tunisia, according to Times of India. The Imperial Marhaba is an all-inclusive resort on the beach that is the Sousse waterfront. A giant pool surrounded by palm trees is set back from the beach.

Eyewitnesses said Al Rezgui looked like every other tourist and did not draw attention to himself until he suddenly opened fire while walking from the beach to the pool and then to the hotel. He was selecting foreigners and pursuing specific types of victims, even as they ran into the hotel for safety. It appeared that Al Rezgui was familiar with the layout of the hotel, reported a security source. Al Rezgui was able to reload his rifle two times before police confronted and shot him outside the hotel, ending the bloody massacre at the Tunisian hotel resort that caused 38 people to be slain and wounded 39 others.

Neil, from England, described the situation as terrifying horror, saying that Al Rezgui was killing people in an “incredible way.” It was evident that he knew the hotel well and it seemed as if he was everywhere. He killed for seven minutes. He did not seem like an extremist; just a normal young man, added Neil.

Another eyewitness, a waiter named Wadia, said that Al Rezgui started shooting from the beach, so staff moved people toward the hotel, but he kept coming for his victims. He was shooting foreigners, not Tunisians. When he saw a Tunisian, he shouted for them to get out of the way. While Al Rezgui was selectively shooting his victims, it was reported that he was relaxed and laughing during the ordeal.

A local builder, Mayel Moncef, was working on a rooftop when the bloody massacre on the Tunisia hotel began. Moncef threw tiles on the gunman’s head while screaming at him. The attacker was making an attempt to escape through an alleyway, but when debris from above started coming down on his head, he started firing aimlessly into the street. It was at this point the police stepped in and fired back. After the gunman was taken down by police, a grenade rolled from his hand with the pin still in place. It is possible there was more to Al Rezgui’s mission.

ISIS is taking responsibility for this massacre, however, Al Rezgui, a 24-year-old college student, was not a known militant or on any terrorism watch list. Authorities do not believe this massive shooting was ISIS-related, but could have been ISIS-inspired. Regardless of why he did it or who he did it for, the beautiful hotel resort was smeared with hatred and awash with blood from this horrible massacre.

Officials reported that Al Rezgui was a committed student from a loving, stable family. He enjoyed break-dancing and partying, but approximately six months ago, he somehow came into contact with extremist preachers, said a senior security source. Prime Minister Habib Essid stated that Al Rezgui was a good student with perfect attendance. He did not show any signs of terrorism or extremism. According to police, Al Rezgui was from Gaafour, just 50 miles southwest of Tunis. They also said that Al Rezgui has not traveled abroad and they did not know him to have any extremist views. He did have a passport that he obtained in 2013, but he has not traveled anywhere out of Tunisia.

According to Associated Press, investigators were searching for possible accomplices involved in the attack on a Tunisian beach resort.  Al Rezgui’s father and three roommates were being questioned in Tunis, said a spokesman for the Interior Ministry, Mohamed Ali Aroui, who also said that they are sure others assisted in some way but were not participants in the attack. Either way, he believes they are indirectly guilty. Al Rezgui had an automatic rifle, four magazines, and three grenades.

A security official involved with the investigation has confirmed the news reports that indicate a swimmer found the attacker’s cell phone in the Mediterranean. When the phone was examined, it showed that the gunman talked to his dad just before he began shooting.

Among the 38 people slain, 30 of them were British, three were Irish, two were German, and the last three were Belgian, Portuguese, and Russian. The police were unable to attack the gunman for 20 minutes, giving Al Rezgui enough time to double back and kill some of those he had only wounded the first time around. According to security sources, the young Tunisian gunman, just like many others, had fallen for the lies of the extremist recruiters. He had been radicalized and taken away from his life as a student in an extremely short time. 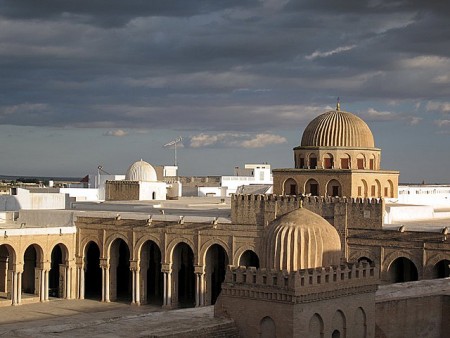 Tunisian authorities were on high alert as it was not that long ago that two gunmen opened fire at the Bardo Museum in Tunis and killed 21 foreign tourists. The tourists were French, Japanese, and Spanish visitors who had arrived by bus.

The two Bardo gunmen had been radicalized in their own mosques by extremists. They were then trained in Libya. They did not present any outward signs of their new extremist beliefs.

Reports from the BBC say that there have been 80 mosques accused of being radicalized in Tunisia. Since this report, all 80 mosques have been closed down.

Home Secretary Theresa May has said that British Muslim families who believe that their children may be becoming extremists and turning to terrorism have to report it to the police. She added that they wanted to help families and communities so they would know the signs of someone who is being radicalized. This will hopefully help authorities prevent them from acting on those extremist views and understand that it is only propaganda designed to draw in young people.

Tunisia is a popular tourist attraction since its rise from political struggles after an uprising in 2011 against Zine el-Abidine Ben Ali. Even though Tunisia has been praised for its new democracy, it is now struggling against Islamist militants and their ideas.

Since Tunisia’s uprising, there have been ultra conservative groups and radical imams taking over mosques and setting up religious schools during the early tumult of transition. Over 3,000 Tunisians are currently fighting for ISIS and other extremist groups in Syria, Iraq and Libya. Some citizens have promised to return to attack their homeland, which is one of the most secular nations among Arabs.