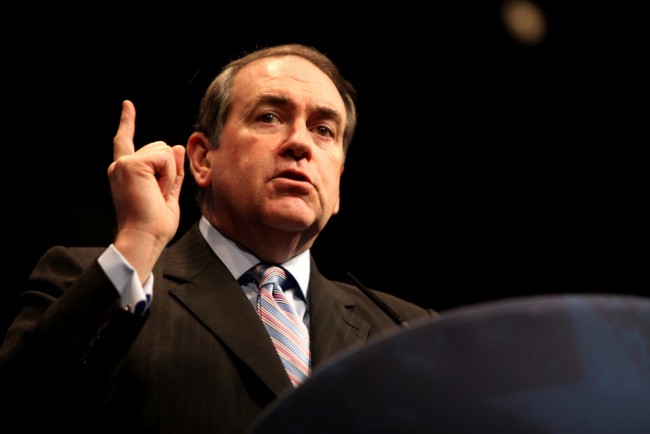 The Republican National Committee (RNC) held its first debate on Aug. 6, 2015. Mike Huckabee was one of the 10 candidates selected to be in the debate. There are a total of 16 men and one woman seeking the Republican Party (GOP) nomination to run for U.S. president. Huckabee’s term as governor of Arkansas has been one of the longest in that state. He is also a religious leader and a talk-show host. Huckabee uses a religious approach when constructing his political policies.

PBS’ News Hour has reviewed 10 of the candidate’s stances on political issues:

Huckabee’s approach to social issues strongly points to his religious approach in his political policies. He recently suggested that conservatives simply ignore the Supreme Court’s ruling about gay marriage. The former governor then cited an example in history when a president ignored the court’s ruling. President Lincoln chose to ignore the 1857 Dred Scott decision by the Supreme Court. The decision gave slave owners the right to take their slaves into Western territories.

With this in mind, Huckabee firmly states that if a president does not agree with the court, he can choose to ignore its rulings. Additionally, the former governor says, President Obama has changed his opinion about gay marriage. The former governor says that in 2008, Obama was against gay marriage, but has now changed his mind. Huckabee stated,” Either [Obama] was lying in 2008, he’s lying now or God rewrote the Bible, and Barack Obama is the only one to get the new edition.”

As far as female contraception is concerned, the candidate holds two views. The first stand he took was during his governorship. His opinion was that the protection of Christians’ religious liberty was at risk due to the government’s attempt to supply all women with contraceptives. He further claimed it was a government plan to control Christians’ choice about when to start a family.

More recently, he declared the Democrats are telling women they are not in control of their bodies. Additionally, he says, offering free contraceptives tells women their libido needs to be controlled by the government.

If he is elected as president, he says he will overturn abortion laws. Huckabee claims a pregnant woman has fewer rights than her fetus. He believes the fifth and 14th amendments to the U.S. Constitution are reasons to declare abortion illegal  He says the fifth amendment gives all American citizens the right to fair criminal trials. He adds that the fourteenth amendment prohibits a citizen’s life, liberty or property be taken from them without the proper legal actions. Furthermore, he states he would use the military to prevent the destruction of unborn citizens’ rights. 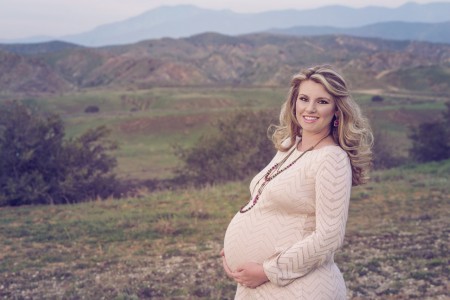 Huckabee has been called deeply religious. In fact, CNN has reported on his opinion of the Supreme Court and God’s role in politics. He emphatically stated that the Supreme Court cannot overrule God. When talking to a group of Hispanic evangelicals, he stated, “Somebody’s got to be willing to take on the institutions that challenge and threaten our ability to believe as we believe.” He further stated, “When religious liberty is lost, all liberty is lost.”

The book, God, Guns, Grits, and Gravy, was published on Jan. 20, 2015. It is one of the 13 books Huckabee has authored. According to a review by the Washington Post, the book talks about the problems with the government and its citizens. Huckabee asks in the book if he is living on a different planet than that of his childhood. The book details his views on what he believes are dangerous politically correct discussions about age, gender, politics, race, class and religion.

Before Huckabee was a politician, he was a Baptist preacher. His education at both the Ouachita Baptist University and the Southwestern Baptist Theological Seminary helped him become a pastor. In his interviews, he says he has always been interested in a life of public service. The personal drive towards service led him to politics. As a preacher and politician, Mike Huckabee uses a religious approach to his political policies to further his agenda.