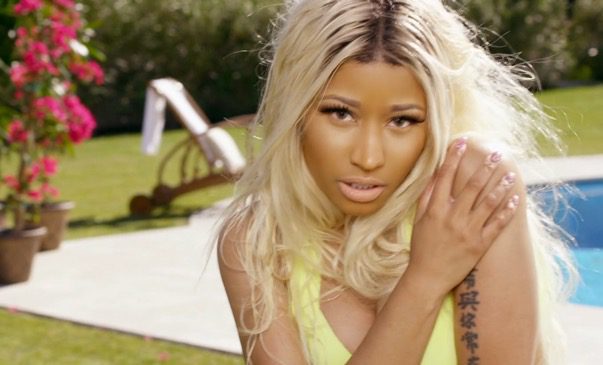 Rumors regarding on whether Nicki Minaj’s butt was real or fake can finally be put to rest as a throwback video of the female rapper has surfaced online. So, what is the verdict? Fake! The 32-year-old will be embarrassed to know that a particular someone has found an old clip of her dancing the infamous whine at a club with her then-boyfriend, Safaree Samuels.

It is unclear how old the video is, but considering that Minaj was still hosting nightclub parties to promote her brand at the time, it would seem that the footage probably dates back to 2006-2007. When the actual video was recorded is irrelevant in this situation as the main topic of discussion would be around the rapper’s butt, and how it suddenly grew so big in just two years.

Of course, it is not a surprise to learn that Minaj’s butt has been surgically enhanced, having infamously dodged the questions in interviews since her rise to fame. While she never claimed that her booty was real, she never denied it either. 2010, when the New Yorker released her debut album, Pink Friday, everybody went on to debate whether the new girl in the industry had a real booty or not.

The video puts all speculation to rest, thanks to the cameraman, who gets a nice view of Minaj’s butt from the back before another clear view presents itself when she turns to the side. Whoever helped the songstress pay for her Brazilian butt lift seems to have spent their money well. Of course, opinions will vary.

It is interesting that the throwback video suddenly surfaces online one week after Minaj’s ex-boyfriend was slammed by the business mogul for being a ‘b****’ after trying to out the 32-year-old’s ongoing help when it came to penning her songs. While rappers take great pride in writing their own raps, Samuels claims that he is solely responsible for many of his ex-girlfriend’s biggest songs, such as Roman’s Revenge, and Love More, which he allegedly wrote for her.

Samuels and Minaj have been going back and forth on Twitter, despite the fact that the clothing designer has since moved on to rapper, Meek Mill, who is currently caught up in his own feud with Drake. It would not shock fans to learn that the leaked video footage was sent out by Samuels, hoping that his ex will realize that he is not the one she wants to start a feud with.

Again, the two were together for over a decade, so the dirt that this man has on his ex-girlfriend is enough for him to write five books on his life with one of the best-selling female rappers of all time. Minaj has not commented on the tragedy that has turned out to be this embarrassing throwback video of herself whining with no apparent booty in those jeans. What do you make of the video, and do you think the footage should make her feel humiliated? Could Samuels possibly be behind the sudden leak of this somewhat embarrassing clip?